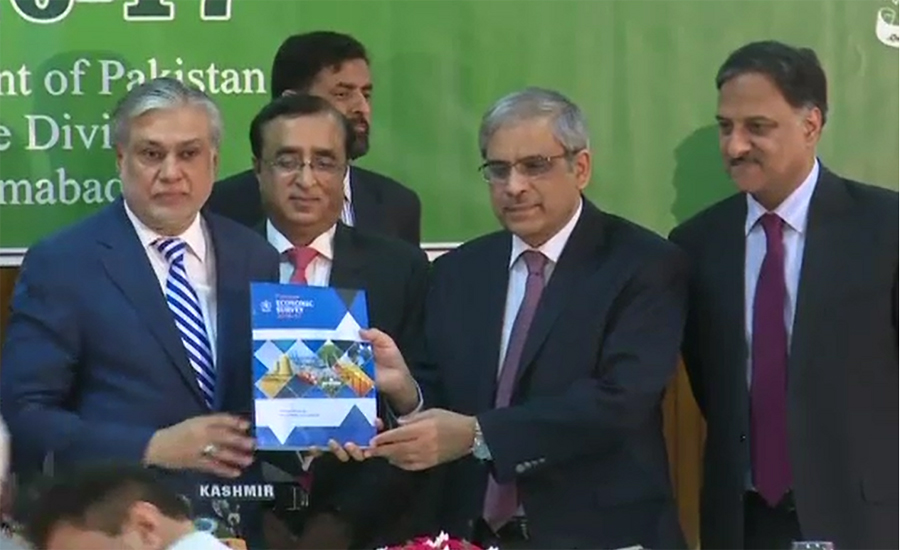 ISLAMABAD (92 News) – Finance Minister Ishaq Dar said that the volume of Pakistani economy has crossed US$ 300 billion during the outgoing financial year 2016-17.

He was speaking at the releasing of the Economic Survey 2016-17 on Thursday.

About the performance of different sectors, the minister said that overall economic growth remained 5.28 percent which is the highest in the last decade.

He said the industrial sector contributed 21 percent, agriculture 20 percent and services 60 percent to the GDP.

Ishaq Dar said that six percent growth target has been set for the next financial year.