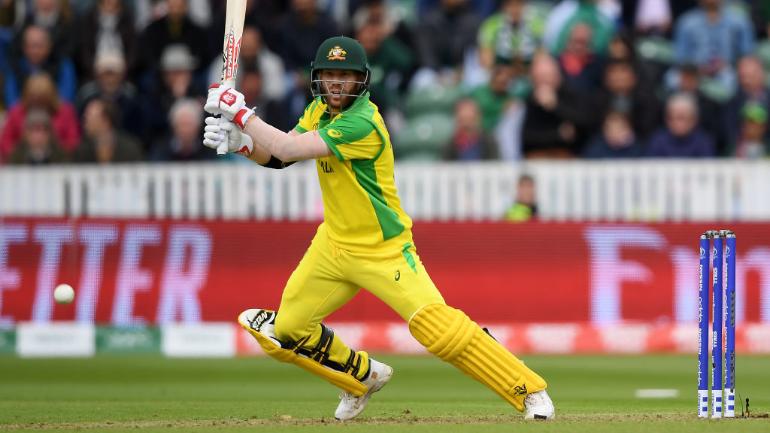 LONDON (92 News) - After hitting 107 against Pakistan last week – a match-winning knock and a first international ton since December 2017 – David Warner hinted at a sense of unfulfillment.

“I still feel I left a lot out there, with 70 balls to go,” said the left-hander. “And with the way we were trying to build partnerships again, I hold myself responsible for the way we fell apart there.”

That day, Australia seemed set to put on a total beyond the realms of 350, but some resolve from Pakistan’s bowlers saw them bowled out for 307. Today, Warner ensured the same mistakes weren’t to be repeated, playing a significant role in helping his side to 381/5 with a monumental innings of 166.

It seems odd to say, but there was a scratchiness to Warner’s first 100 runs at Trent Bridge, a theme that has permeated through his return of scores this tournament. Once the pocket dynamo that blitzed from ball one, he has appeared a tad more patient and restrained in his approach upon his return to international cricket.

There were flashes of typical Warner brilliance - he greeted Shakib Al Hasan’s third over of the day with a drive through the covers for four before walloping a six over midwicket the very next ball - but there remained a sense that he was happy to set anchor and accumulate rather than trample over the Bangladesh attack. After the match, however, Warner revealed that within him there remained the ambition to break loose, but he just wasn’t getting the rub of the green.

“I don't mean to go out there and bat slow. I've tried to get a calculation of how many fielders I've hit in the first ten [overs]. It gets a bit frustrating because you middle one and it goes full pace to the fielder and you can’t even get off strike. That's been a bit annoying but I've just hung in there.

Bat deep he did, and it was after he celebrated his ton – with his trademark jump and kiss of the helmet – that shades of the old powerhouse returned. Against Mustafizur Rahman, he gave himself room to swat a short of a length delivery over the man at mid-on, a shot that required as much brain as brawn.

Facing Rubel Hossain, there arrived the straightest of hits, a six splitting the ground in half. Some funk came with a switch-hit off Shakib as Warner toyed with the left-arm spin of the world’s finest ODI all-rounder.

Beyond what he contributed with his blade, there was joy to be found in simply watching Warner run between the wickets - in fact, to say he was running would be a disservice; he was sprinting as if his life depended on it. At one point in the 44th over, the turbo-charged Warner had turned and was ready for a lightning quick-third; his partner Usman Khawaja had just crossed the finished line for his second, unwilling to look back, the prospect of another sprint nigh on impossible.

And while he perished to the part-time yet effective seam of Soumya Sarkar, Warner had gone a step above his display against Pakistan.

The numbers look pretty: 447 runs in the tournament at an average of 89.40, with four scores over 50. If the strike-rate hasn’t been easy on the eye, today was a different affair – Warner’s 166 came from 147 balls.

Now, all he needs to do is not find those fielders.