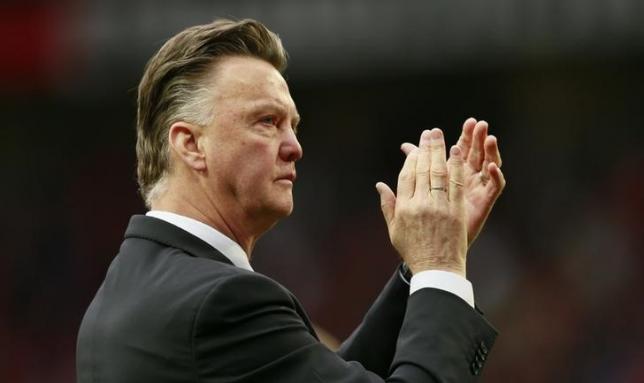 LONDON - David De Gea will not play in Manchester United's opening Premier League game against Tottenham Hotspur, manager Louis van Gaal said on Friday, amid reports linking the goalkeeper with a move to Real Madrid. Van Gaal said the Spaniard would sit out Saturday's game as he cannot "manage" the ongoing transfer speculation. "It is not easy for David De Gea to manage his situation now," Van Gaal told reporters. "David shall not play so I don't have any concerns (about him not being ready)," said Van Gaal. "I think about the human being more than the player and I don't think he can manage that." The Spaniard was in inspirational form last season, helping United to finish fourth in the Premier League and grab a place in the Champions League playoffs. Yet since the end of the campaign he has been consistently linked with a return home and speculation has intensified as the transfer window has worn on. United signed a potential replacement for De Gea in Argentina goalkeeper Sergio Romero, who could now be handed a Premier League debut at Old Trafford this weekend. Van Gaal said his side have no injury worries as they approach their season opener, but new midfield signing Bastian Schweinsteiger and defender Marcos Rojo are struggling for fitness. "Schweinsteiger also came at the last moment so I don't think he's fit enough. We have to build his fitness," Van Gaal said. "It is not possible for Rojo to be match fit either as he was the last player to come back from holiday." -Reuters