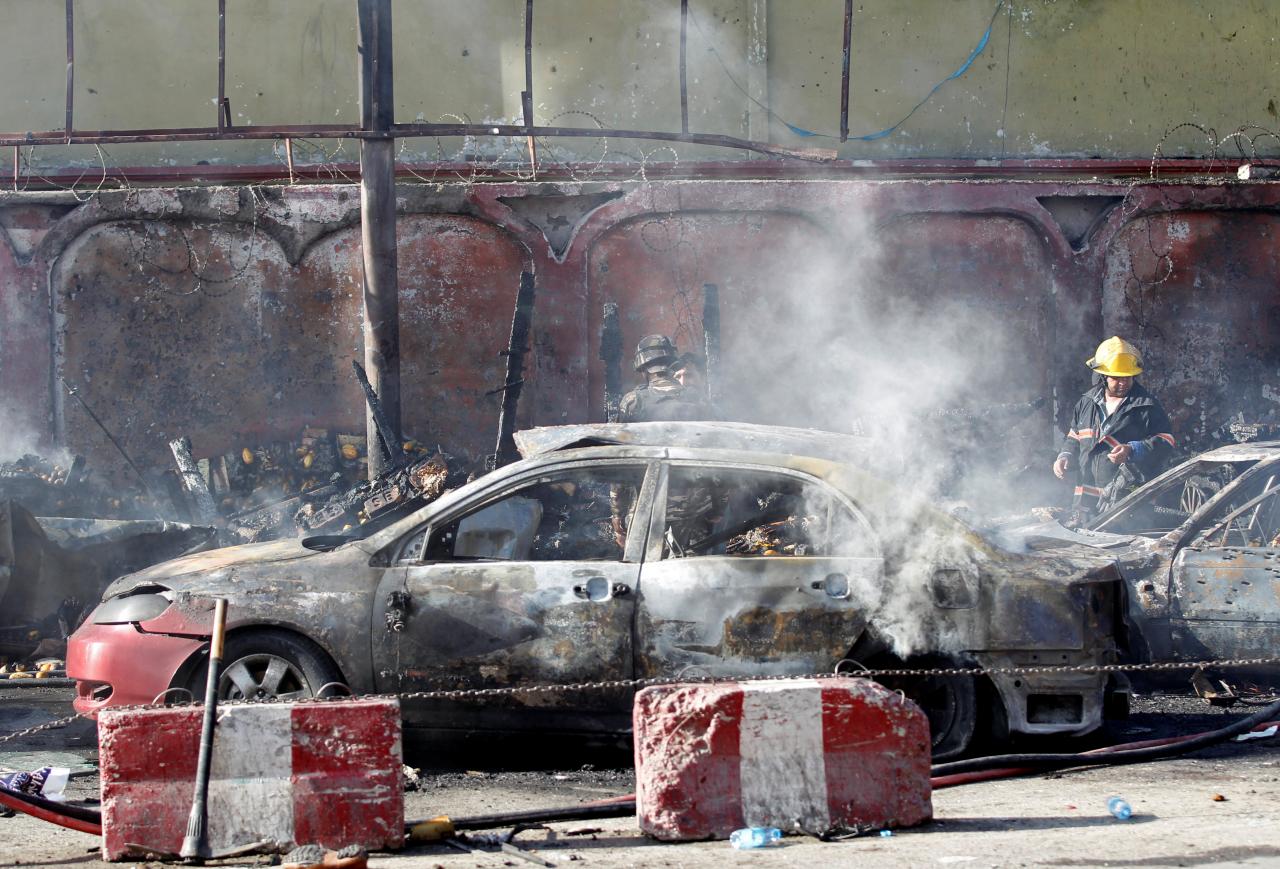 JALALABAD, Afghanistan (Reuters) - An explosion hit the centre of the eastern Afghan city of Jalalabad , killing at least 20 people, including several members of the small Sikh minority, provincial government officials said. The blast, hours after President Ashraf Ghani had opened a hospital in Jalalabad, damaged shops and buildings around Mukhaberat square in the city, governor’s spokesman Attaullah Khogyani said. A politician representing the minority Sikh community was killed in the blast. Officials said Awtar Singh Khalsa, who had planned to stand in October’s parliamentary elections, was dead. Ghulam Sanayi Stanekzai, police chief of Nangarhar, said the explosion was caused by a suicide bomber who targeted a vehicle carrying members of the Sikh minority who were travelling to meet the president. Officials said at least 10 of the dead were Sikhs. One seat in the Afghan parliament is reserved for a member of the country’s small Sikh and Hindu communities. But increasing numbers of Sikhs and Hindus have moved to India, their spiritual homeland, due to persecution and repeated threats. Officials at the Indian Embassy in Kabul confirmed the death of ten Sikhs and condemned “the terrorist attack” in Jalalabad. Inaamullah Miakhel, a spokesman for the provincial health department of Nangarhar, said 20 people were wounded. Officials said the casualty total might have been even higher had much of the city not been blocked off for Ghani’s visit. He was not in the area when the blast occurred. There was no immediate claim of responsibility for the blast, the latest in a series to have hit Jalalabad, the provincial capital of Nangarhar.