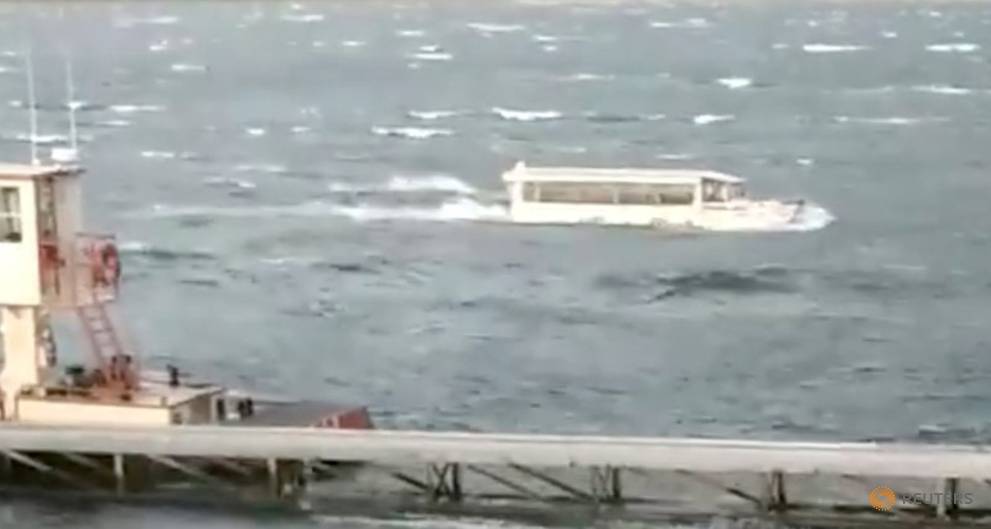 MISSOURI (Reuters) - The duck boat that sank in a Missouri lake last week, killing 17 people, was set to be raised on Monday and taken to a secure facility as part of a federal investigation into one of deadliest US tourist accidents for years. The US Coast Guard said that it will oversee the salvage operations for the amphibious vessel that was carrying 31 people when it went down on Thursday in a fierce and sudden storm on Table Rock Lake outside of the tourist destination of Branson. Seven of the 14 survivors were taken to a local hospital, and all but one had been discharged .That person is in good condition, a spokeswoman for the Cox Medical Center Branson hospital said. Two of the World War Two-style amphibious duck boat vehicles were out on the lake and headed back to shore when the storm struck, but only one made it. The dead were aged one to 70 and came from six US states. Readings near Branson when the boat went down showed winds of up to 73 miles per hour (117 kph), two miles (3.2 km) shy of hurricane force, the National Transportation Safety Board said on Saturday. Tia Coleman, who lost nine family members including her husband and three children, told a news conference on Saturday from a Branson hospital that she does not know how she will recover from the loss. “Going home is going to be completely difficult. I don’t know how I am going to do it. Since I have had a home, it has always been filled with little feet and laughter,” she said, choking back tears. Coleman said the boat’s captain, who was among the survivors, pointed out the life jackets but told those aboard there was no need for them. Missouri Attorney General Josh Hawley was in Branson over the weekend talking with investigators. He has said the state is contemplating whether to bring criminal charges. Jim Pattison, president of Ripley Entertainment, which owns the Branson “Ride The Ducks” tour company, told CBS This Morning on Friday that the strength of the storm was unexpected and the duck boats should not have been on the lake. More than three dozen people have died in incidents involving duck boats on land and water in the United States over the past two decades.