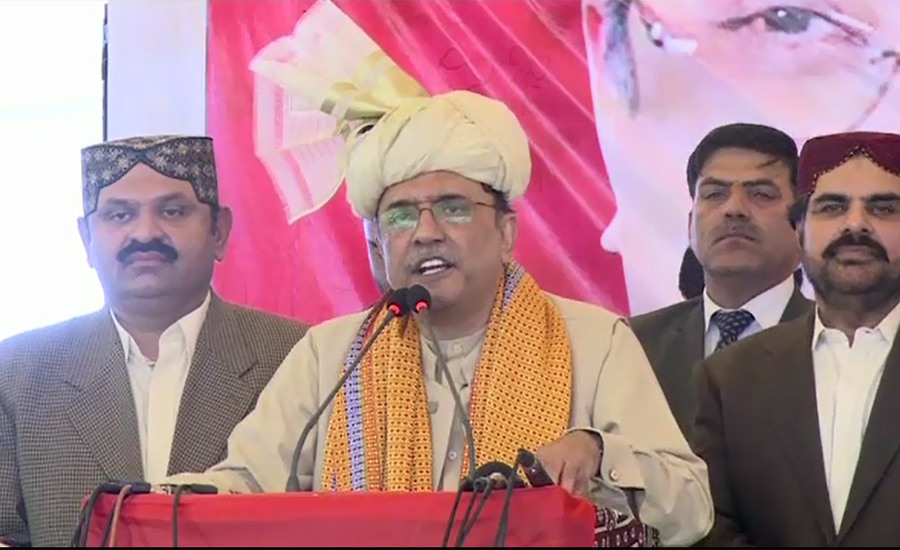 GHOTKI (92 News) – PPP co-chairman Asif Ali Zardari has said that deaf, dumb and blind people are sitting in Islamabad. Briefly addressing a public meeting in Khan Garh, Ghotki on Friday, he said that he had neither coalmines nor gas fields. “We made them ownership of the poor through public-private partnership. It is PPP’s philosophy that locals and the poor have the first right,” he claimed. He said that there is nothing to worry as no one can intimidate or make them bow. “If we gave the provinces the right of natural resources in the 18th amendment, why the people in Ghotki are denied of their right,” he said. The PPP co-chairman said that the country strengthens when the people are happy. “We have done such acts which will be written in the history,” he said. He said: “If the rulers are perturbed that they could not do rigging in Sindh to the extent they did at another place, we will counter them as well.”