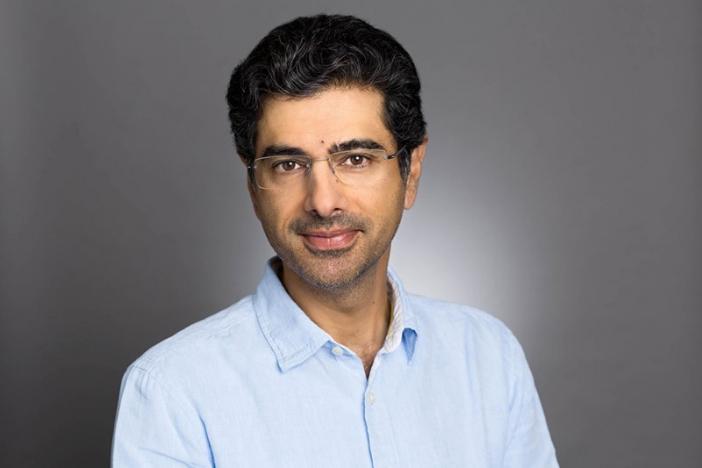 Son, Japan's richest man, is expected to announce on Saturday the close of the first fundraising round for what will be the world's biggest private equity fund. Its backers, including Saudi Arabia's sovereign wealth fund and Apple Inc, expect technology investments that will match or beat the 44 percent internal rate of return that SoftBank says Son has delivered by investing in internet companies in the last 18 years.

With pitfalls aplenty among the valuation-rich, profit-poor start-ups of Silicon Valley, Son is seeking to hire dealmakers who can spot the most commercially disruptive technologies, according to people close to him.

As he builds up the Vision Fund, Son has hired a roster of investment bankers, including Alex Clavel, a longtime telecommunications banker at Morgan Stanley, and technology banker Ervin Tu of Goldman Sachs Group Inc.

Son is looking for industry wonks to complement those hires and find potentially game-changing investments in areas ranging from genomics and artificial intelligence to robots and the internet-of-things.

The sources asked not to be identified ahead of the conclusion of the fundraising.

Nishar, 47, is the most senior industry expert working for SoftBank, which he joined in 2015. He sits on SoftBank's investment committee, which includes Son, SoftBank chief financial officer Alok Sama, SoftBank board director Ronald Fisher, and head of the Vision Fund, Rajeev Misra. SoftBank has yet to finalize the investment committee for the Vision Fund, which it will manage.

Even when he was working at LinkedIn and Google, Nishar had an interest in investing. The Indian-born engineer spent five years tracking the business of pre-cancer detection startup Guardant Health. He visited researchers in universities and even showed up in doctors' offices to see which tests they prescribed to detect cancer.

When Guardant sought to raise money in 2016, Nishar had an inside track. He arranged a meeting between Guardant's founders and Son at SoftBank's San Carlos office near San Francisco. Last week, SoftBank said it would lead a $360 million fundraising round for Guardant, with Son praising it as a potential "Rosetta Stone" of cancer.

Guardant co-founder and CEO Helmy Eltoukhy said Nishar's business experience and technical expertise made him stand out from other investment professionals.

"This kind of experience, from the engineering side as well as business side, is hard to come by," he said.

Nishar has four people on his team, which focuses on so-called frontier technologies, such as computational biology. He is looking to double that by the end of the year, according to people familiar with the plans. SoftBank also wants experts in other sectors, including enterprise software, artificial intelligence, robotics, digital media and financial technology, according to the sources.

Other sector specialists working for SoftBank include David Thevenon, a former Google executive who handles ride-sharing investments for SoftBank, such as Didi in China, Ola in India, and Grab in Southeast Asia, and Kabir Misra, an e-commerce specialist who is helping put together the merger of Flipkart and Snapdeal in India.

Son is building his team as technology investing has become increasingly competitive. Google and other technology companies are looking to invest in the areas SoftBank is focusing on, as are private equity and venture capital funds.

The dealmaking team SoftBank is building will also be pivotal for 59-year-old Son's own legacy and eventual transition, after Nikesh Arora, a former Google executive he had named as his successor, resigned last year.

A graduate of the University of California, Berkeley, Son does not subscribe to the traditional Japanese business culture of pecking order and hierarchy, leaving plenty of scope for people in this team to pitch investment ideas to him. "Son is not terribly hierarchical. If you know something more than him on a particular topic, you will get air time, he will listen to you," said Raine Group LLC co-founder Jeff Sine, Son's most trusted investment banking adviser, who has participated in most of his deals.

Son is the only individual listed as "key man" for the Vision Fund, meaning that, no matter how many dealmakers he hires, he is responsible for all the investment decisions, and the fund could be dissolved in his absence.

Many of the hirings happen through personal connections; Nishar, for example, was recruited by Arora, based on their ties going back to Google.

With so much in-house dealmaking expertise, investment bankers who have been trying to cultivate Son's lieutenants are fretting over whether they will be hired to work on any of the Vision Fund's deals.

People close to Son say he will meet with all major investment banks, such as Goldman Sachs and JPMorgan Chase & Co, but will only hire them if they bring expertise he does not already have.

"As an investment banker, you need deep expertise in the specific set of skills Son has hired you for to be useful, because his team is extremely smart," said Robey Warshaw LLP co-founder Simon Robey, an investment banker who helped SoftBank navigate British takeover rules to clinch a $32 billion deal to acquire chip designer ARM Holdings.