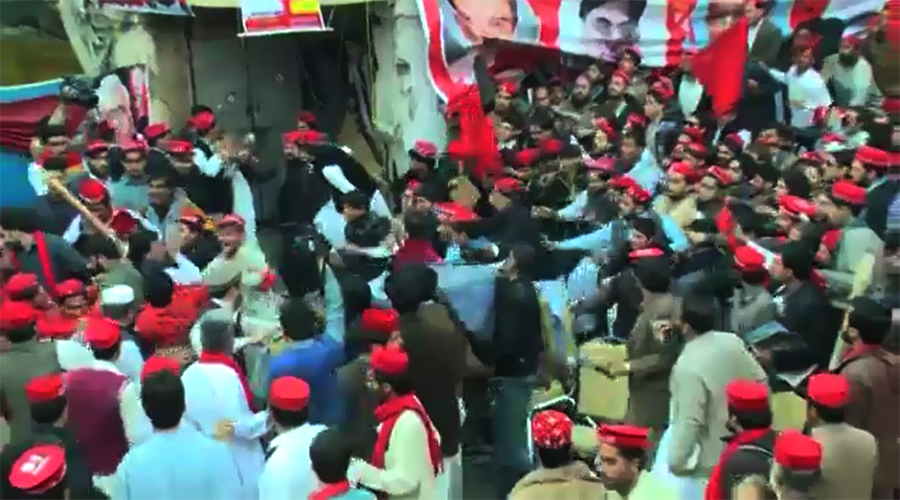 PESHAWAR (92 News) – The fourth anniversary of Awami National Party’s stalwart and former senior minister of Khyber Pakhtunkhwa Bashir Ahmed Bilour was observed on Thursday. In Namak Mandi, workers quarreled with each other when some workers were not allowed to reach the stage. However, the leaders calmed down the situation. To pay glowing tribute to the slain leader of party, ANP arranged condolence reference in the provincial capital, and a large number of party workers attended the reference. Bashir Bilour was born on August 1, 1943 to a prominent business family. In 1988, he contested general elections. And though he lost those polls, he went on to win his constituency, PK-III, Peshawar-III, five times in a row. He was elected to the provincial legislature in the 1990, 1993, 1997, 2002 and 2008 general elections.