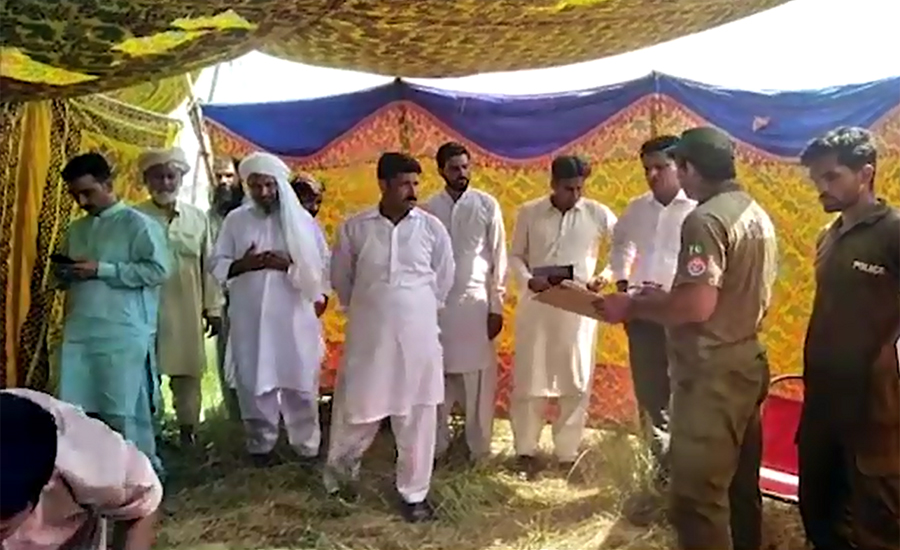 KAMOKE (92 News) – The autopsy on the body of Salahuddin, who was tortured to death by police in custody, was re-conducted after exhumation on Saturday. The autopsy was conducted under the supervision of Kamoke Magistrate Muhammad Arif. Doctors said that the samples would be sent to Lahore Forensic Laboratory which will issue the final report. Muhammad Afzaal, father of Salahudddin, said that he could not narrate pain felt due to re-conduct of his son’s autopsy. “The investigation system should be foolproof so that no accused should go scot-free,” he said. Later, the body was re-buried in Gorwali Village. Earlier on September 17, the forensic report had confirmed that deceased Salahuddin Ayubi faced physical torture before death following the presence of marks on his arm and left part of his stomach. The forensic report stated that Salahuddin was subjected to physical torture before his death as torture marks are present on his arm and left portion of the stomach, whereas, blood clots are also found on the other parts of his body due to torture. The report also revealed that the deceased person was also suffering from a breathing disease. However, the report from the medical board has not mentioned the reason for death. The latest forensic report released today as the probe restarted over the demand of the deceased family under new the investigation officer (IO) in the custodial death case. On September 16, the investigation team had submitted samples from the scene of the crime for a thorough probe to the forensic laboratory. As the investigation into the death of ATM thief Salahuddin in police custody is currently underway, the provincial chief executive has removed the Rahim Yar Khan district police chief from his post in a latest move. Muhammad Umar Farooq Salamat was transferred immediately on the directives of Chief Minister Punjab Sardar Usman Buzdar and was ordered to report to the Central Police Office (CPO) Lahore. The provincial police chief assigned the additional charge of Rahim Yar Khan DPO to SP Investigation Habib Ullah Khan. Salahuddin was taken into custody by Rahim Yar Khan police few days ago after his video footage involving cards theft from an ATM machine went viral on social media. The young man, said to be mentally sick, was seen uprooting main box of the ATM machine in Faisalabad and sticking tongue out at CCTV camera.