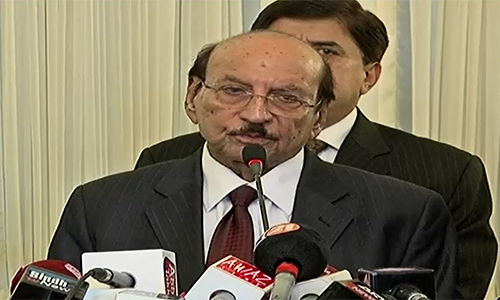 KARACHI (92 News) – Sindh Chief Minister Syed Qaim Ali Shah has said that the death rate in Karachi’s Jinnah and Civil Hospital is much more than Thar.

Addressing the Sindh High Court Bar Association on Tuesday, he said that children were dying in Thar due to lack of rains, not hunger.

“The Sindh government is criticized over the Thar deaths unjustifiably,” he said. “Over 3,000 deaths were reported in Punjab due to dengue, but no one took notice of it.”

The chief minister said that the province was on way to progress due to the democratic government.