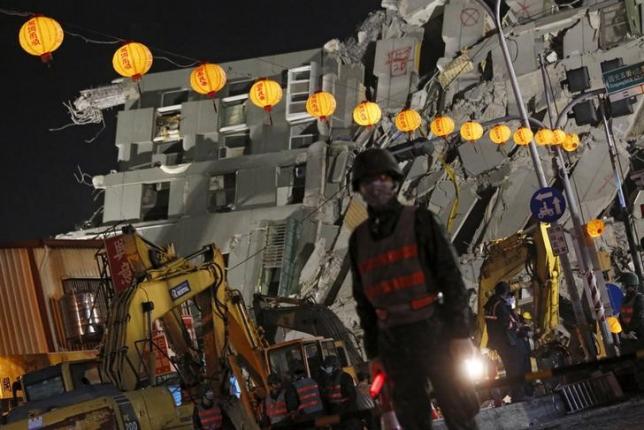 TAIPEI – The death toll at a building that collapsed from a strong earthquake in southern Taiwan reached 114 as rescue efforts came to an end on Saturday, a week after the temblor hit.

"The search and rescue has come to an end," said Tainan Mayor William Lai, in remarks carried live on local television, identifying the last individual to be pulled out from the rubble as Hsieh Chen-yu, who was part of the fallen building's management committee.

All of those believed missing in the building have now been accounted for, city officials said.

The 6.4-magnitude quake struck at early dawn on Feb. 6 at the beginning of the Lunar New Year holiday, with almost all of the dead found in Tainan's toppled Wei-guan Golden Dragon Building.

Two other people died elsewhere in the city.

Rescue work has focused on the wreckage of the 17-storey building. The building had 256 registered residents but when more than that number were pulled out in the initial days after the quake, it became clear more people were in the building when it toppled.

No survivors had been brought out since Monday evening, when more than 100 were still reported missing.

The Wei-guan was the only major high-rise building in the city of two million people to have completely collapsed. Its lower storeys, filled with arcades of shops, pancaked on top of each other before the entire U-shaped complex toppled in on itself.

Local authorities are investigating the reasons for the building's collapse and earlier this week took into custody three individuals, including the developer of the Wei-guan Golden Dragon Building, on suspicion of professional negligent homicide.

No one has yet been formally charged. –Reuters