Death toll climbs to 50 in California's most lethal wildfire disaster 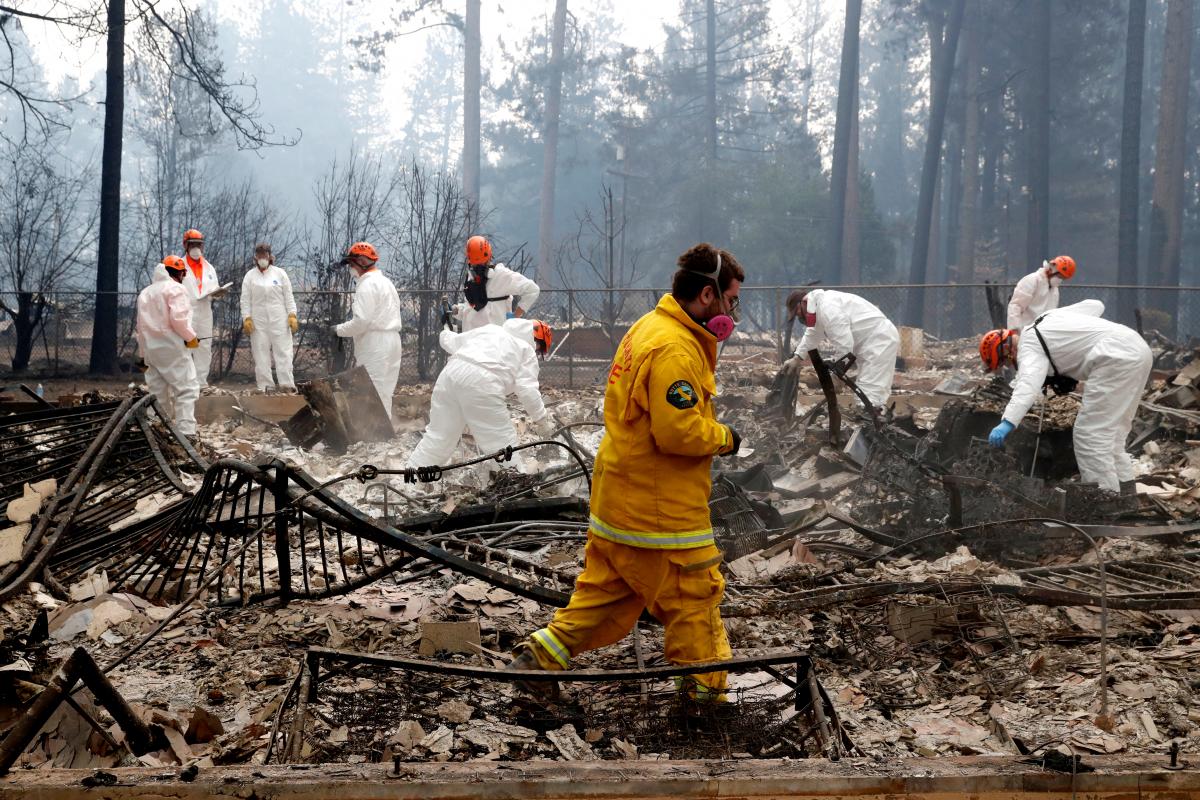 Death toll climbs to 50 in California's most lethal wildfire disaster

PARADISE, Calif. (Reuters) - The remains of six more victims were found on Tuesday in and around a northern California town overrun by flames last week, raising the death toll to 50 in a wildfire disaster already ranked as California’s most lethal and destructive in state history. The latest tally of casualties from the Camp Fire was announced by Butte County Sheriff Kory Honea as forensic teams with cadaver dogs combed through a ghostly landscape strewn with ash and charred debris in Paradise, California, in the Sierra foothills about 175 miles (280 km) north of San Francisco. The intensified effort to locate victims came on the sixth day of a blaze that incinerated over 7,000 homes and other buildings, including most of Paradise, a town once home to 27,000 people. Honea had previously said that 228 people were listed as missing, and his office also was working to determine the fate of nearly 1,300 individuals whose loved ones had requested “well-being checks” on their behalf. By Tuesday, the killer blaze dubbed the Camp Fire had blackened 125,000 acres (50,500 hectares) of drought-parched scrub, up 8,000 acres from the night before, but crews had carved containment lines around nearly a third of the fire’s expanding perimeter. More than 50,000 area residents remained under evacuation orders and 15,500 structures were still listed as threatened by the blaze. However, diminished winds and higher humidity levels allowed crews to make headway against the flames, fire officials said. The news was likewise more upbeat on the southern end of California’s wildfire front, where a blaze called the Woolsey Fire has killed two people, destroyed over 400 structures and displaced some 200,000 people in the mountains and foothills near the Malibu coast west of Los Angeles.