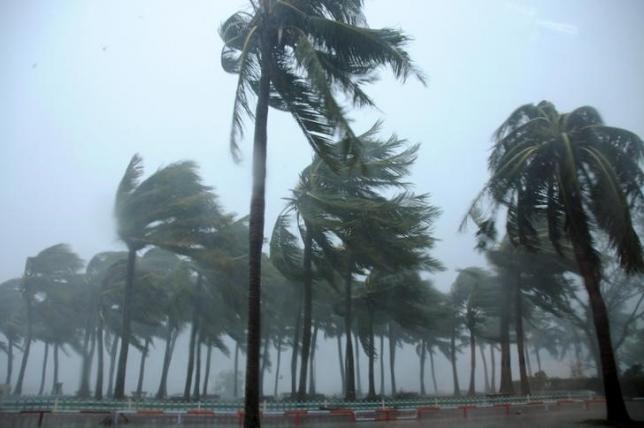 SHANGHAI - The death toll from a typhoon that struck China on the weekend has risen to 19, with four people missing, the official Xinhua news agency reported on Wednesday. Seven people were killed in typhoon-triggered tornados in the southern province of Guangdong while seven died in landslides, Xinhua said citing the provincial civil affairs department. Three fishermen died in boat accidents at sea while one person was found dead in the debris of a house that collapsed during the storm. Four fishermen were missing, Xinhua said. The storm made landfall in the southern province of Guangdong on Sunday, triggering widespread blackouts, state media said. Winds knocked out power grids along the coast and authorities cancelled dozens of flights and suspended high-speed trains. Guangdong's civil affairs department said the province suffered 23.24 billion yuan ($3.66 billion) in losses from the storm, which affected 3.5 million people and damaged 282,700 hectares of cropland. One person was also killed by a falling tree in the neighbouring province of Guangxi, Xinhua reported. Nearly 1.9 million people in Guangxi suffered losses and 417 homes were destroyed, it said. -Reuters