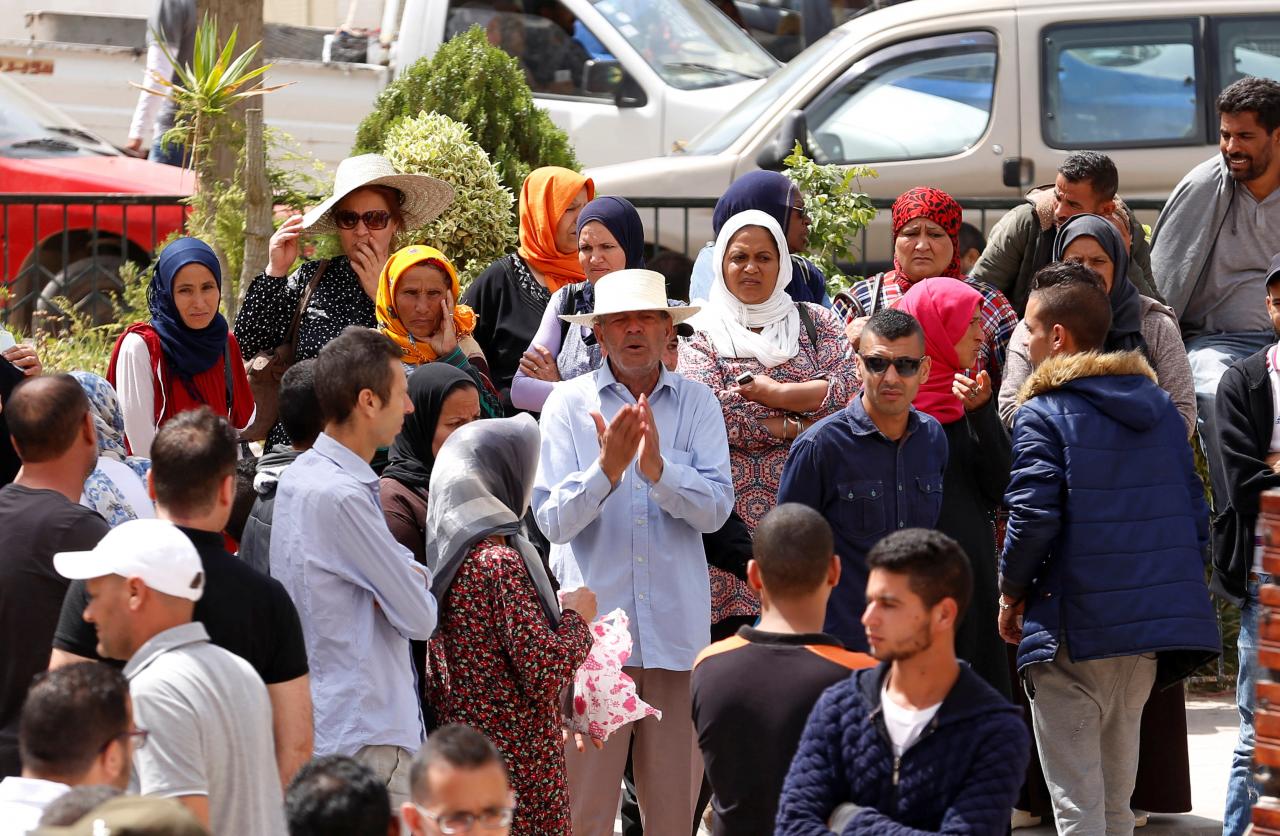 TUNIS (Reuters) - The death toll from a ship packed with migrants that sank off the Tunisian coast last weekend has risen to 60, the United Nations migration agency said , one of the worst migrant boat disasters in recent years. The boat went down near the southern island of Kerkenna, overnight on Sunday. The victims were Tunisians as well as other nationalities, Tunisian authorities said. “Among the 60 victims transferred to the forensic department at Habib Bourguiba hospital in Sfax, 48 are Tunisians , 12 are non-Tunisian the identifications are in progress”, Lorena Lando, chief of mission at the International Organization for Migration (IOM) in Tunisia. Tunisian authorities, which on Sunday said they had recovered 48 bodies, provided no new figures , but said the coast guard is still searching for dozens of missing migrants. Human traffickers increasingly use Tunisia as a launch pad for migrants heading to Europe as Libya’s coast guard, aided by armed groups, has tightened controls. The IOM said 1,910 Tunisian migrants reached Italy’s coasts between Jan. 1 and April 30, including 39 women and 307 minors - 293 of whom were unaccompanied - compared to only 231 for the same period in 2017. Security officials said the boat was packed with about 180 migrants, including 80 from other countries in Africa. Survivors said the captain had abandoned the boat after it started sinking to escape arrest by the coast guard. Unemployed Tunisians and other Africans have often tried to cross in makeshift boats from Tunisia to Sicily in southern Italy. The North African country is in the middle of a deep economic crisis since the toppling of autocrat Zine al-Abidine Ben Ali in 2011 threw Tunisia into turmoil with unemployment and inflation soaring. Also Italy’s newly installed interior minister Matteo Salvini said Italy will no longer be “Europe’s refugee camp”, as he promised tough action to reduce migrant arrivals and send back those who have already arrived.