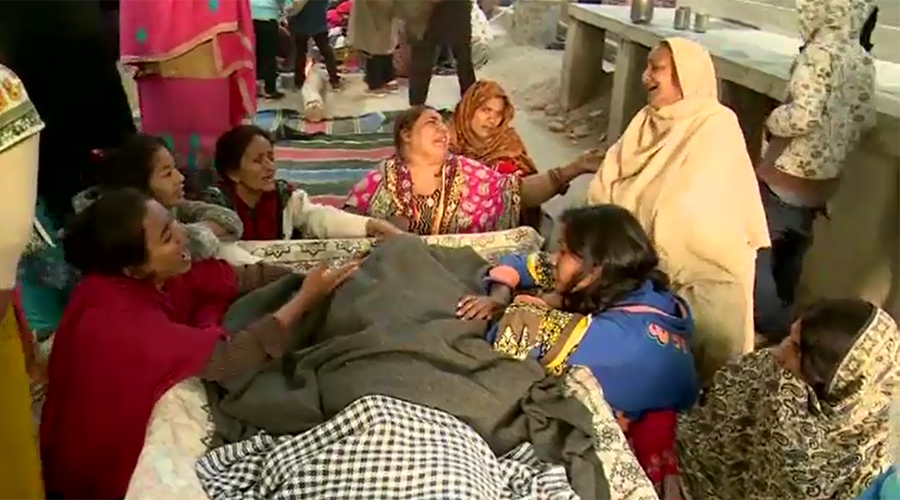 TOBA TEK SINGH (92 News) – Eleven more people died from toxic liquor in Toba Tek Singh, increasing the death toll to 34. Dozens of affected people are still being treated in different hospitals. Over 100 people were hospitalized after taking poisonous liquor in Mohallah Mubarikabad. The condition of 20 people is stated to be critical. Moreover, the deceased are being buried after their last rites. Sources said that the Chutiana police had seized the liquor a few days back. They said that Sajid, a sweeper at Police Lines, had taken the poisonous liquor to the place. The police said that poisonous liquor was packed in the house of Rakka. They said that they had traced the responsible people. Meanwhile, Chief Minister Shahbaz Sharif has formed a high-level committee to look into the matter. The committee will report to the chief minister within 24 hours.