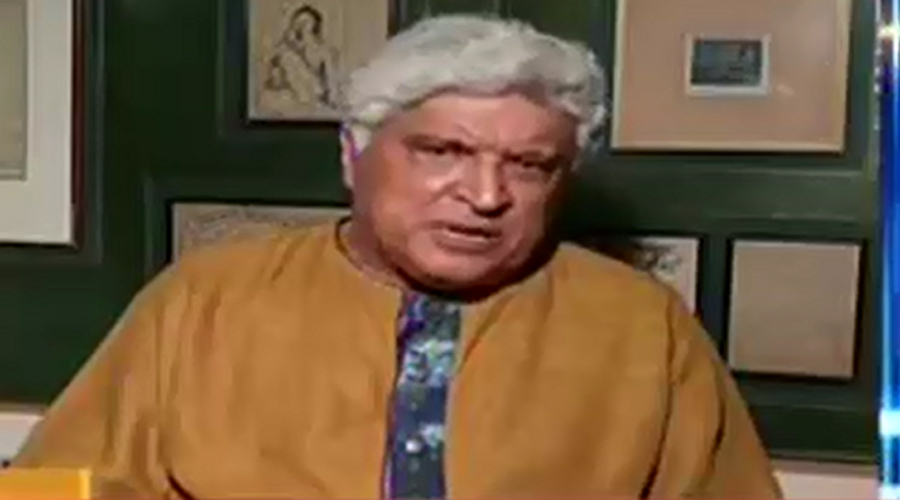 MUMBAI (92 News) – Indian poet and lyricist Javed Akhtar came out in support of Pakistani artists on Tuesday. Talking to an Indian channel, Javed Akhtar said that the decision to displace Pakistani artists from India is not correct. The remark came amid growing protests to ban Pakistani artistes and sportspersons. Bollywood celebrities, including film-maker Karan Johar and actor Suresh Oberoi, expressed anguish over MNS' threat to Pakistani artists to leave India, saying a ban is not a solution to terrorism. Veteran Indian actor Om Puri also supported of Pakistani actors, saying art and politics should be kept separate and banning the artistes will not change the situation. The actor said Pakistani artistes are not working illegally in the country and if they are sent back, Indian producers, who have signed them for their films, will suffer heavy losses. Earlier, renowned Bollywood actor Salman Khan said that artists are not terrorists as they come to the country with a valid visa granted by the government. He always drew criticism from several quarters with few asking him to go live in Pakistan for the remark.