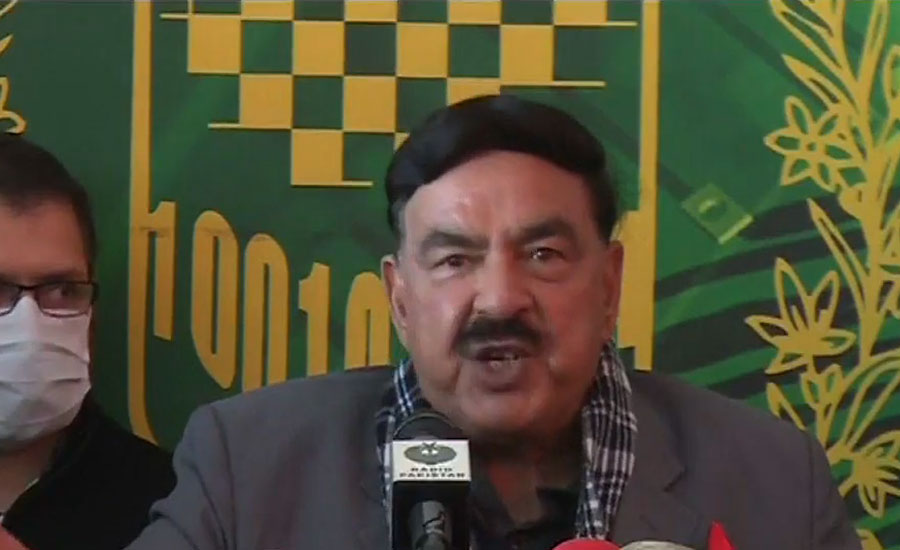 ISLAMABAD (92 News) – Federal Interior Minister Sheikh Rasheed Ahmad has said that the decision to participate in the Senate elections is a victory for the PPP and a defeat for the Pakistan Democratic Movement (PDM).

Talking to media on Saturday, he said Maulana Fazalur Rehman is confused. "The PDM should leave out the dream of occupying Islamabad. It should announce the date for the long march. Then we will tell our legal right," he added.

Sheikh Rasheed said that the PML-N had been trapped in the dug up by it. "The government will register cases against those speaking against the Pak Army within 72 hours," he announced.

He said that online visa facility had been provided for visa for 192 countries. "200,000 applications have been received in a day for the online visa," he added.
The minister said that 1.5 million Afghan refugees were allowed to live in Pakistan. "200,000 illegal cards have been blocked. 300 mobile vans of NADRA will visit areas across the country to facilitate the masses," he said.

He said that Eagle Squad, equipped with latest technology, will soon be introduced for security of Islamabad.

Responding to a question, he said that passport of Nawaz Sharif would expire on 16th of next month and it will not be further extended.