RAJANPUR (92 News) – The Pak Army launched the decisive operation against the Choto Gang on Monday. The entire area resounded with the sounds of firing and blasts. Gunship helicopters also flew the area. Emergency has been declared in the Sheikh Zayed and Sadiqabad Tehsil Headquarters hospitals. As many as 32 check-posts have been established at the Sindh-Punjab border. The Corps Commander Multan visited troops in Kacha area to see preparation for impending operation against criminals. 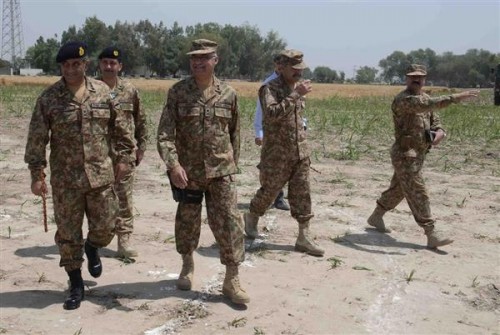 All educational institutions had been closed until further orders, while emergency was declared in all hospitals. The operation against Chotu gang entered its 21st day on Monday. The Chotu gang had kidnapped more than 25 policemen including two Deputy Superintendent of Police (DSPs) and warned the police officials of killing the hostages if the firing continued. 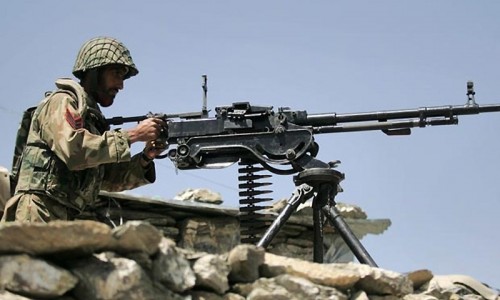 More than 40 dacoits had surrendered as Pak Army has taken control of the area on Friday. The operation intensified when the dacoits killed another four policemen and handed over the bodies to the authorities. The dacoits also handed over four injured policemen to representatives of police. At least six police officials have been killed in the battle for the island, launched in a sweeping crackdown after a Taliban suicide bombing killed 72 people in Lahore, the provincial capital, last month. It was unclear just how many members of the "Chotu Group", blamed for hundreds of cases of kidnapping for ransom, murder and robbery, were trapped on the island but police said their families were believed to be accompanying them.