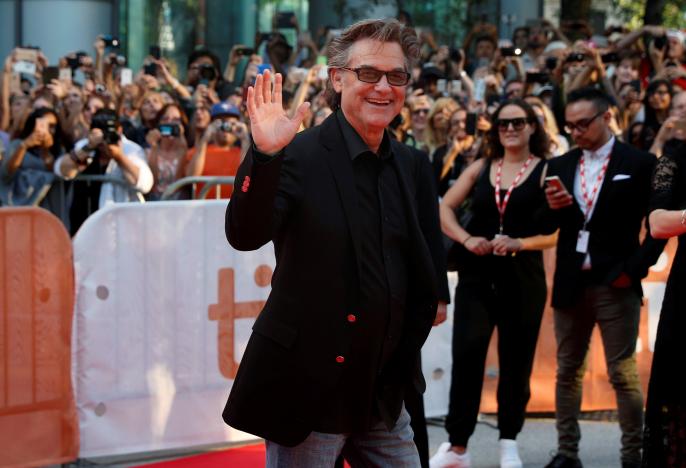 TORONTO – A top priority for a new movie about the deadly 2010 Gulf of Mexico oil spill was ensuring it accurately depicted the disaster that killed 11 workers, its director and main actor said.
"Deepwater Horizon", which had its world premiere at the Toronto International Film Festival on Tuesday evening, focuses on the hours before and after the rig explosion on April 20, 2010 that led to the worst offshore oil disaster in U.S. history. Directed by Peter Berg, the film stars Mark Wahlberg as Mike Williams, the real life worker who was one of the last people to escape from the burning rig. "We wanted to preserve the authenticity of that experience. Eleven people died. It really happened. It's not just a piece of entertainment," Berg said in a red carpet interview ahead of the premiere. "We tried to be as natural and not slick whenever we could." The film received a standing ovation after its screening at the festival, with cheers when the spotlight shone on the real Williams, who attended the event with his wife and daughter. Wahlberg said that because the cast was portraying real people, they felt additional pressure to get it right. "We just made sure that we maintained creative control and we stayed true to the actual events and honoring the 11 people that lost their lives," he said in an interview. Berg said the movie partly originated from a segment on TV program "60 Minutes" about the hours leading up to the disaster. "It was about science, it was about human courage, it was about corporate greed. It to me just had all the elements of a really good story and it stuck with me," he said. The film examines safety decisions made by BP Plc executives leading up to the disaster, highlighting the pressure workers were under to save money as drilling fell behind. The British oil major in July estimated costs from the disaster will total about $62 billion, as it sets aside billions for criminal and civil penalties and cleanup costs. Kurt Russell, who portrays rig boss Jimmy Harrell, said when he first got involved with the project he remembered the spill, but did not realize the degree of suffering or courage displayed. "There were many acts of incredible heroism that night, miracles," he said. "I felt bad about the people that died. I felt they needed to be honored." –Reuters