Defence Day ceremony held at Pakistani Embassy in US

Defence Day ceremony held at Pakistani Embassy in US

WASHINGTON (92 News) – An esteemed ceremony on Defence Day was held at Pakistan’s Embassy in Washington, US, to tribute martyrs and Ghazis of the 1965 war.

Addressing the ceremony, US deputy assistant secretary of defence acknowledged Pakistan Army’s success in war against terrorism. He also expressed hope that the relation between Pakistani and US forces will be continued. 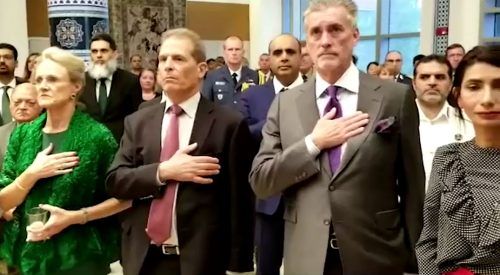 On the ceremony of Defence Day, Pakistani Ambassador to US Asad Majeed declared that Pakistan is fully capable to defend its freedom and autonomy. 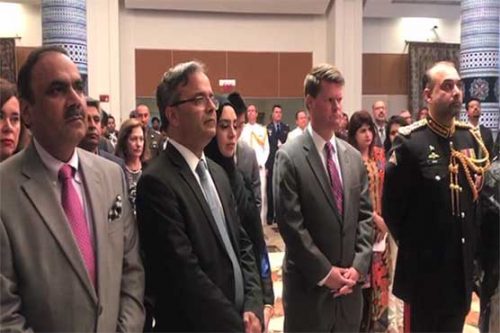 He also affirmed that the nation will not hesitate from rendering any sacrifice to protect the motherland. 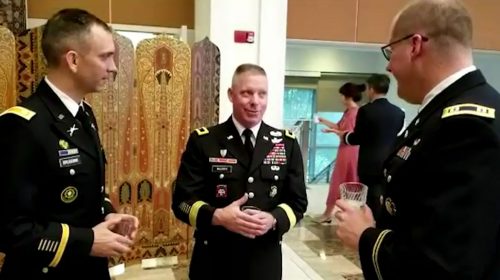 The ceremony was attended by military attaches of different countries. 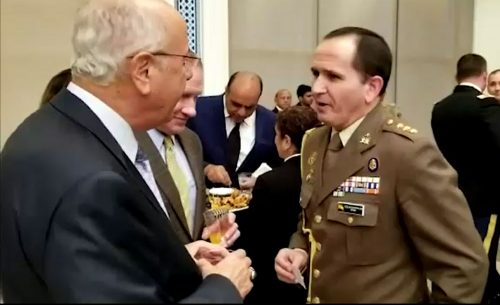 The nation is observing Defence Day and Kashmir Solidarity Day with national fervor on Friday. Marking the 54th anniversary of the 1965 Pakistan-India war, the martyrs and ghazis are being tribute. The nation is also reaffirming commitment to defend the motherland against all threats. It is pertinent to mention here that the Indian forces crossed international border in the darkness of night to attack Pakistan but the nation foiled nefarious designs of the enemy in 1965 on this day. The day began with a 31-gun salute in Islamabad and 21-gun salutes in the all provincial capitals. Special prayers were also offered after Fajr prayers for the independence of Indian Occupied Kashmir (IoK) as well as for the progress and prosperity of Pakistan.

The main ceremony of the Defence Day held at General Headquarters (GHQ) in Rawalpindi and paid tributes to the martyrs. Chief of Army Staff General Qamar Javed Bajwa laid the floral wreath at the martyrs monument. Bereaved families of the martyrs have especially been invited to attend the main ceremony.