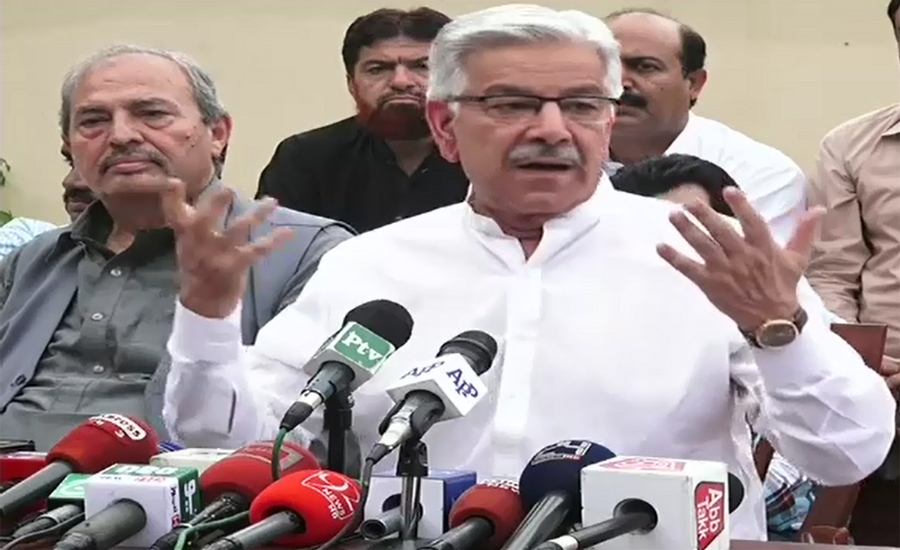 SIALKOT (92 News) – Defence Minister Khawaja Asif has said that they will not allow Imran Khan to escape.

Addressing a meeting on Saturday, he said that he had proved Imran Khan as ‘Double Shah’.

He said that there was no example of the way Nawaz Sharif surrendered. “Our leader faced stern accountability and now Imran Khan should also present himself for accountability,” he maintained.

Kh Asif said that Imran Khan is a big tax thief. “I pray no one should follow the footsteps of Sheikh Rasheed,” he added.

Dispelling the impression of a new prime minister, he said that no such thing was being considered.

To a question about Asif Zardari, he said that the PPP co-chairman should pay attention to his party.