Defiant Hun Sen tells US to cut all aid to Cambodia 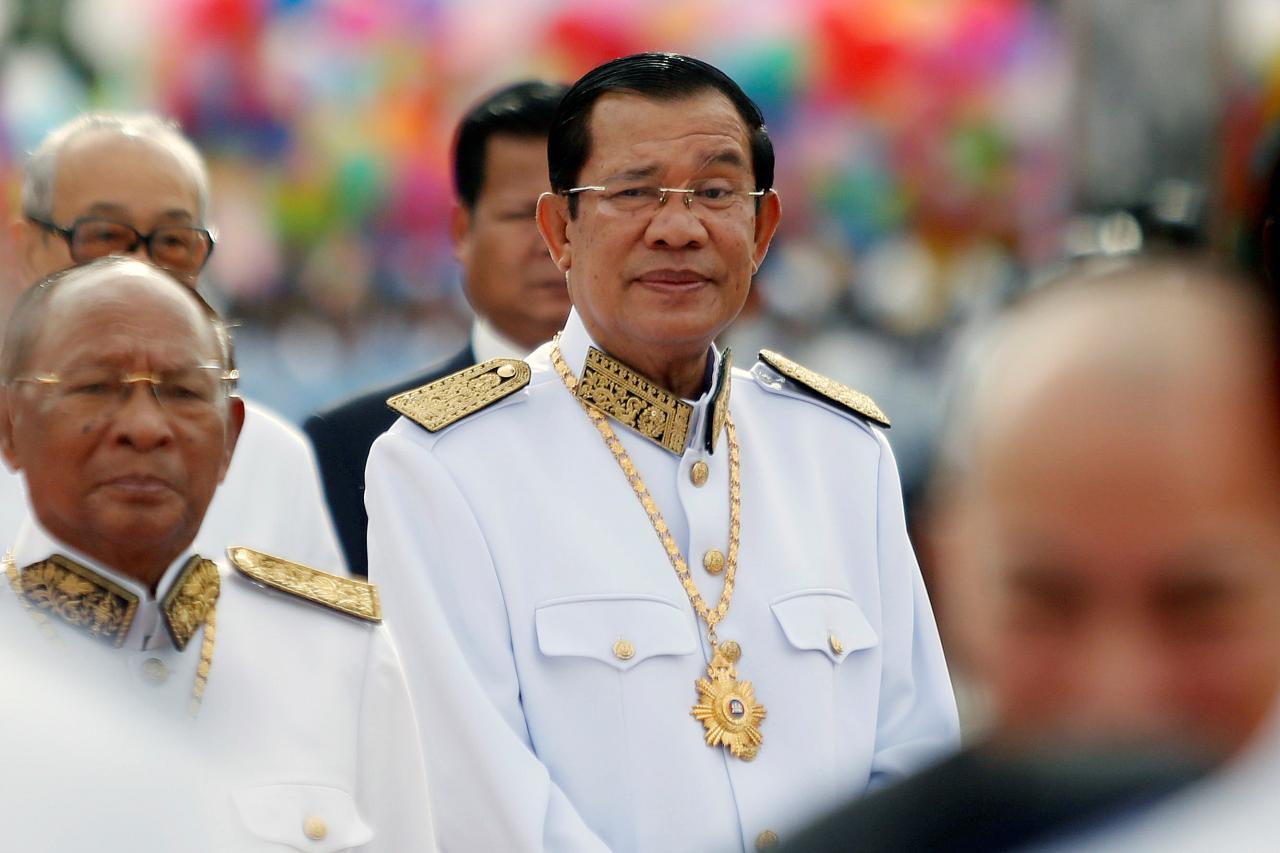 Defiant Hun Sen tells US to cut all aid to Cambodia

PHNOM PENH (Reuters) - Cambodian Prime Minister Hun Sen challenged the United States on Sunday to cut all aid after it announced it was ending funding for a general election next year in response to the dissolution of the main opposition party, media reported.

Hun Sen, the strongman who has ruled Cambodia for more than three decades, has taken a strident anti-American line in an increasingly tense run-up to a 2018 election that has included a crackdown on critics, rights groups and independent media.

The United States announced on Friday it was ending funding for the election, and promised more "concrete steps", after the Supreme Court dissolved the Cambodia National Rescue Party (CNRP) at the request of the government, on the grounds it was plotting to seize power.

The party denied the accusation. The pro-government Fresh News website reported that Hun Sen said in a speech to garment workers that he welcomed the US aid cut and urged it cut it all.

"Samdech Techo Hun Sen confirmed that cutting US aid won't kill the government but will only kill a group of people who serve American policies," Fresh News reported, using Hun Sen's official title. It did not identify the people suspected of serving US policies but added: "Hun Sen ... welcomes and encourages the US to cut all aid."

The US embassy in Phnom Penh did not respond to a request for comment. In April, the US embassy announced a $1.8 million grant to assist local elections this year and next year's general election.

The US State Department said on its website that US assistance to Cambodia for programmes in health, education, governance, economic growth and clearing unexploded ordnance was worth more than $77.6 million in 2014.

However, Chinese support for big ticket projects has allowed Hun Sen to brush off Western criticism of his crackdown on dissent.

China vastly outspends the United States in a country once destroyed by Cold War superpower rivalry, and its money goes on highly visible infrastructure projects and with no demands for political reform.

In September, authorities arrested the CNRP leader, Kem Sokha, and charged him with treason over what they said was a plot to take power with US help. He denied any such plot.

The US State Department called on Friday for Cambodia to release him and reverse the decision to ban his party. The court also banned 118 party members from politics for five years. Police have begun to take down CNRP signs from their offices across the country.

"Foreign investors serious about investing in Cambodia won't be coming and are, or will be, looking at an exit if they can't compete with China's monopoly in Cambodia because Hun Sen needs to pay back favours to China," she said.

Western countries, which for decades supported Cambodia's emergence from war and isolation, have shown little appetite for sanctions in response to the crackdown, but the European Union has raised the possibility of Cambodia losing trade preferences.

Tariff-free access to Europe for Cambodian garments - and similar trade preferences in the United States - have helped Cambodia build a garment industry on low-cost labour. EU and US buyers take some 60 percent of Cambodia's exports.