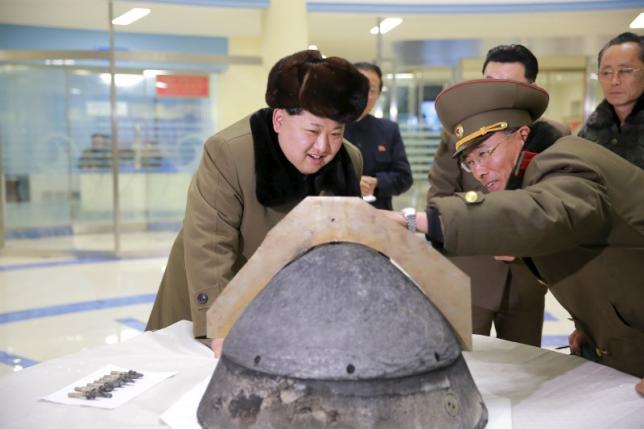 SEOUL - North Korea fired at least one ballistic missile which flew about 800 km (500 miles) before hitting the sea off its east coast, South Korea's military said on Friday, as the isolated state stepped up its defiance of tough new UN and US sanctions. A US official told Reuters in Washington it appeared to be a medium-range missile fired from a road-mobile launcher. That would mark North Korea's first test of a medium-range missile, capable of reaching Japan, since 2014. The missile, launched from north of the capital, Pyongyang, flew across the peninsula and into the sea off the east coast early Friday morning, South Korea's Office of the Joint Chiefs of Staff said in a statement. It appeared the North may have fired a second missile soon after from the same region, with a projectile disappearing from radar at an altitude of about 17 km, the statement said. South Korea did not confirm the type of the missiles. But 800 km was likely beyond the range of most short-range missiles in North Korea's arsenal. The North's Rodong missile has an estimated maximum range of 1,300 km, according to the South's defense ministry. Friday's launch quickly provoked a barrage of criticism and appeals. Chinese Foreign Ministry spokesman Lu Kang urged North Korea to abide by UN resolutions and not do anything to exacerbate tensions. The US State Department in a statement urged North Korea to focus on taking concrete steps toward fulfilling its international commitments and obligations. -Reuters