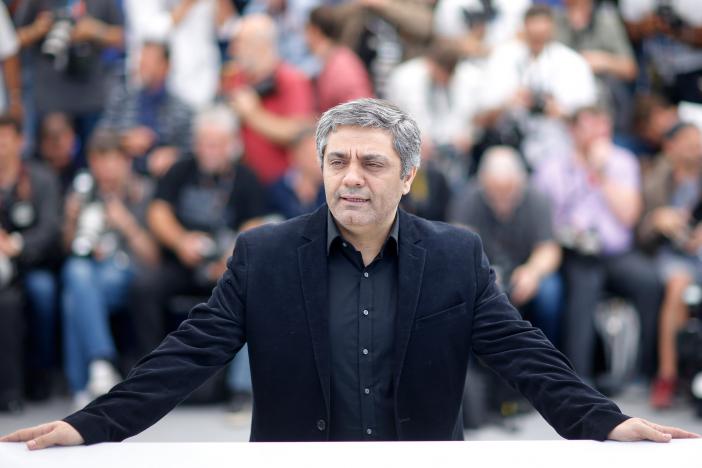 CANNES, France –When Iranian authorities sentenced Mohammad Rasoulof to jail, they may have hoped the filmmaker would stop work or at least tone down his movies that lay bare legal and political injustices in the Islamic Republic.

Before his arrest alongside acclaimed director Jafar Panahi, in 2010, Rasoulof was making films that showed the problems of Iranian society through allegories rather than straightforward story-telling.

In his first major film, "Iron Island" in 2005, families live and work for a benign dictator on a rusting beached cargo ship. In his second in 2009, "The White Meadows", a man collects the tears of people living on islands made of salt.

"When this confrontation happened between me and the security services, I was thinking: 'I had always tried not to let this happen but now it is happening and I want to make my movies, I want to stay true to myself.'," Rasoulof, 45, told Reuters in an interview at the Cannes Film Festival.

So his response to the arrest was to make his 2013 film "Manuscripts Don't Burn", dropping all metaphor and symbolism to show in gritty detail the story of two goons hired to torture and murder political dissidents.

That was filmed in secret, with a six-person crew and without any authorisation. Like all his other movies, it has never been released in Iranian movie theaters.

For "A Man of Integrity", his latest film that is competing in the "Un Certain Regard" section at Cannes this year, Rasoulof did get permission to shoot, but only after signing a paper promising it would not be completely "dark".

A drama about a man who refuses to bribe his way out of problems, "A Man of Integrity" has been hailed by Variety as "a tense, enraging drama about corruption and injustice ... a scathing critique of contemporary Iranian society ... (that) manages to resonate on both specific and universal levels".

With huge acclaim for Iranians such as Panahi and Asghar Farhadi, who won his second Oscar this year, has also come support for directors making movies in Iran, risking censorship, arrest and jail.

"International support has really helped all filmmakers and especially me, by stopping the pressure they were putting on us," Rasoulof said.

With his one-year jail sentence suspended after paying bail, Rasoulof is still at risk of judicial interference in his work. But he is surprisingly optimistic, saying he hopes some day to get his films shown in Iran. –Reuters