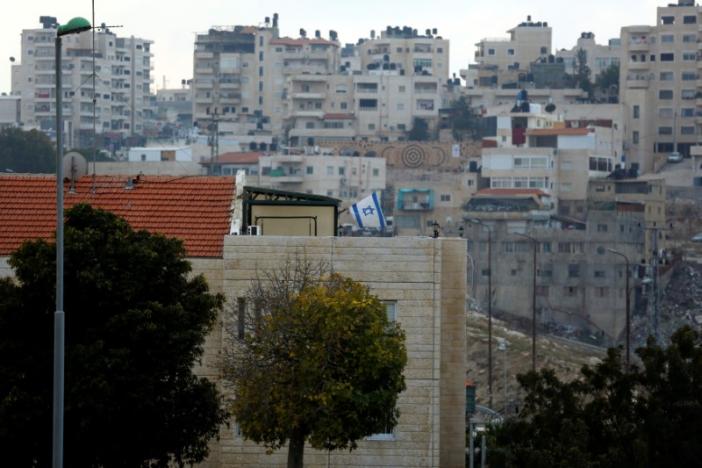 UNITED NATIONS – The United States on Friday allowed the U.N. Security Council to adopt a resolution demanding an end to Israeli settlement building, defying heavy pressure from long-time ally Israel and President-elect Donald Trump for Washington to wield its veto.
A US abstention paved the way for the 15-member council to approve the resolution, with 14 votes in favour, prompting applause in the council chamber. The action by President Barack Obama's administration follows growing U.S. frustration over the unrelenting construction of Jewish settlements on land Palestinians want for a future independent state. "Israel rejects this shameful anti-Israel resolution at the U.N. and will not abide by its terms," Prime Minister Benjamin Netanyahu, who has encouraged the expansion of Jewish settlements in territory captured by Israel in a 1967 war with its Arab neighbours, said in a statement. The U.S. action just weeks before Obama ends eight years as president broke with the long-standing American approach of shielding Israel, which receives more than $3 billion in annual U.S. military aid, from such action. The United States, Russia, France, Britain and China have veto power on the council. The resolution, put forward by New Zealand, Malaysia, Venezuela and Senegal a day after Egypt withdrew it under pressure from Israel and Trump, was the first adopted by the council on Israel and the Palestinians in nearly eight years. The U.S. abstention was seen as a parting shot by Obama, who has had an acrimonious relationship with Netanyahu and whose efforts to forge a peace agreement based on a "two-state" solution of creating a Palestinian state existing peacefully alongside Israel have proven futile. Obama also faced pressure from U.S. lawmakers, fellow Democrats as well as Republicans, to veto the measure, and was hit with bipartisan criticism after the vote. Trump, who takes office on Jan. 20, took the extraordinary step by a U.S. president-elect of personally intervening in a sensitive foreign policy matter before taking office, speaking by telephone with Netanyahu and Egyptian President Abdel Fattah al-Sisi before Egypt, another major U.S. aid recipient, dropped the resolution. Trump wrote on Twitter after the vote, "As to the U.N., things will be different after Jan. 20th." "There is one president at a time," Ben Rhodes, White House deputy national security adviser, told reporters, dismissing Trump's criticism. Outgoing U.N. Secretary-General Ban Ki-moon welcomed the resolution. Russian U.N. Ambassador Vitaly Churkin called on Israel to "respect international law." 'NO LEGAL VALIDITY' The resolution demanded that Israel "immediately and completely cease all settlement activities in the occupied Palestinian territory, including East Jerusalem" and said the establishment of settlements by Israel has "no legal validity and constitutes a flagrant violation under international law." The White House said that in the absence of any meaningful peace process, Obama made the decision to abstain. The last round of U.S.-led peace talks between the Israelis and Palestinians collapsed in 2014. The Palestinians want an independent state in the West Bank, Gaza and East Jerusalem. "We could not in good conscience veto a resolution that expressed concerns about the very trends that are eroding the foundation for a two-state solution," Rhodes said. American U.N ambassador Samantha Power said the United States did not veto it because the resolution "reflects the facts on the ground and is consistent with U.S. policy across Republican and Democratic administrations." Successive U.S. administrations of both parties have criticized settlement activity but have done little to slow their growth. The Obama administration has called settlement expansion an "illegitimate" policy that has undermined chances of a peace deal. The Security Council last adopted a resolution critical of settlements in 1979, with the United States also abstaining. PALESTINIAN SAYS UN MOVE 'BIG BLOW' TO ISRAEL POLICY Trump is likely to be a more staunch supporter of Netanyahu's right-wing policies. He has picked a hardline pro-Israel ambassador and vowed to move the U.S. Embassy from Tel Aviv to Jerusalem, in what would be a major reversal of long-standing American policy. The U.N. action was "a big blow to Israeli policy, a unanimous international condemnation of settlements and a strong support for the two-state solution," a spokesman for Palestinian President Mahmoud Abbas said in a statement published by the official Palestinian news agency Wafa. "This is a day of victory for international law, a victory for civilized language and negotiation, and a total rejection of extremist forces in Israel," Chief Palestinian Negotiator Saeb Erekat told Reuters. Israel's U.N. ambassador, Danny Danon, said he had no doubt the incoming Trump administration and Ban's successor as U.N. chief, former Portuguese Prime Minister Antonio Guterres, "will usher in a new era in terms of the U.N.'s relationship with Israel." –Reuters