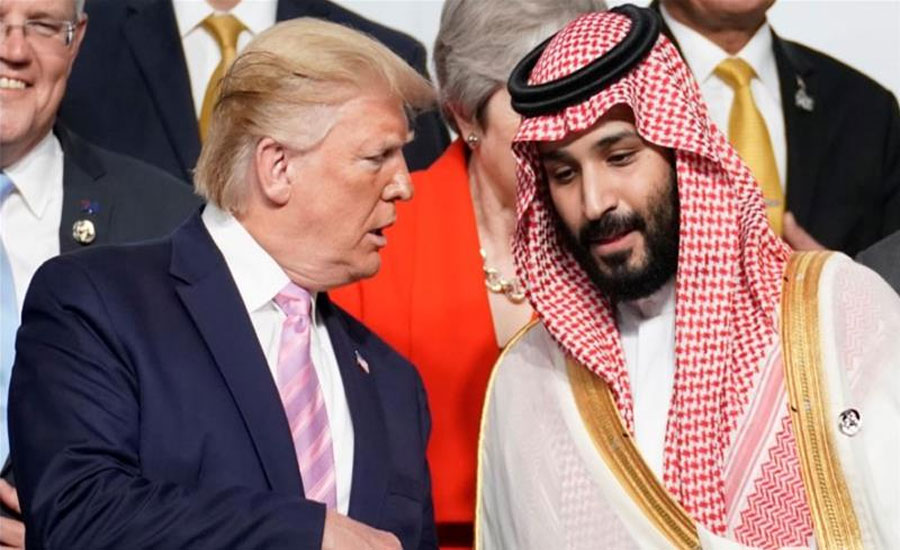 The approval of the measures is another political rebuke of Trump's relationship with Saudi Arabia, which has drawn sharp criticism in Congress over human rights abuses and the mounting death toll from the war in Yemen.

Citing new military tensions with Iran in May, Trump used an "emergency" loophole in US arms control law to bypass Congress to complete the sale of more than $8 billion in weapons to Saudi Arabia, the UAE and Jordan. The move circumvented US law that gives Congress the power to review major weapons sales.

Many politicians view Trump's claims of an emergency as exaggerated, pointing out that most of the weapons sales at issue could not be delivered for months, even years. The House vote sends three of 22 joint resolutions of disapproval of already passed by the Senate to the president who is expected to veto the measures.

House Majority Leader Steny Hoyer, a Democrat, said the three specific resolutions were "most significant" because they would cancel contracts related to arms that could be used in the war in Yemen. The three contracts relate to plans by US weapons-maker Raytheon to build a co-production plant in Saudi Arabia to assemble "Paveway" smart bombs, the type of laser and GPS-guided weapons that in 2018 destroyed a school bus in Yemen killing more than 40 boys. "It's bad considering the Saudi war crimes in Yemen and the humanitarian crisis they are perpetuating through a blockade and air strikes on so many civilian targets," Hassan El-Tayyab, codirector of Just Foreign Policy, an advocacy group in Washington seeking to end the war in Yemen, told Al Jazeera. "It's not a good thing for Yemen or the region or the national security interests of the US," El-Tayyab said. Raytheon's agreement to co-produce hi-tech weapons in Saudi Arabia was reached in May 2017 during Trump's visit to Riyadh. It is unclear whether Congress has enough votes to override a veto, but the controversy is a warning sign of potential trouble ahead in the US-Saudi relationship as the opposition to doing business with the kingdom grows.

Wednesday's vote against the weapons sales is the latest effort by Congress to express disapproval of US military support for Saudi Arabia since the murder of Saudi journalist Jamal Khashoggi in October 2018. House Democrats are also pushing an amendment to a major defence authorisation bill passed by the House and pending before the Senate that could force Trump's hand in ending US support for the Saudi war in Yemen. In April, Trump vetoed a measure that sought to end US military involvement in the Saudi-UAE war in Yemen. Senators on the Foreign Relations Committee have also approved a bill that would close the loophole Trump had used for Saudi Arabia. Assistant Secretary of State R Clarke Cooper appeared before the House Foreign Affairs Committee in June to make the case for the weapons sales to Saudi Arabia. He said Trump's weapon sales were necessary to reassure the US allies in the Gulf faced with Iranian aggression. Tensions between the US and Iran have intensified since Trump withdrew his country from the 2015 nuclear deal and reimposed sanctions on Tehran. Cooper was met by hostile questioning from Democrats and some Republicans on the committee. Citing "a disturbing pattern of destabilisation and terrorism" in the region, Representative Ilhan Omar, a Democrat, said, "Backing the Saudi government and Emiratis is backing war crimes and crimes against humanity. Providing them with arms is complicity."
SOURCE: AL JAZEERA NEWS