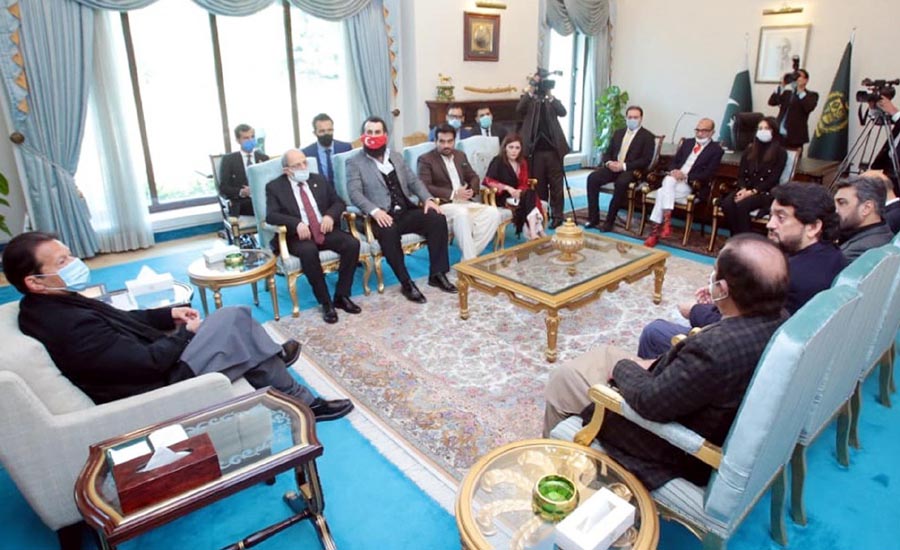 The delegation led by Kamal Tedkin, a member of the founder team of Turkish Drama Serial Ertughal

They discussed the proposed TV series on Turk Lala belonging to the subcontinent during the Khilafat Movement.

Federal Minister for Narcotics Control Shehryar Afridi apprised the visitors about the character of the Tehreek-e-Khilafat. He shed light on importance of apprising the young generation about the historic heroes.