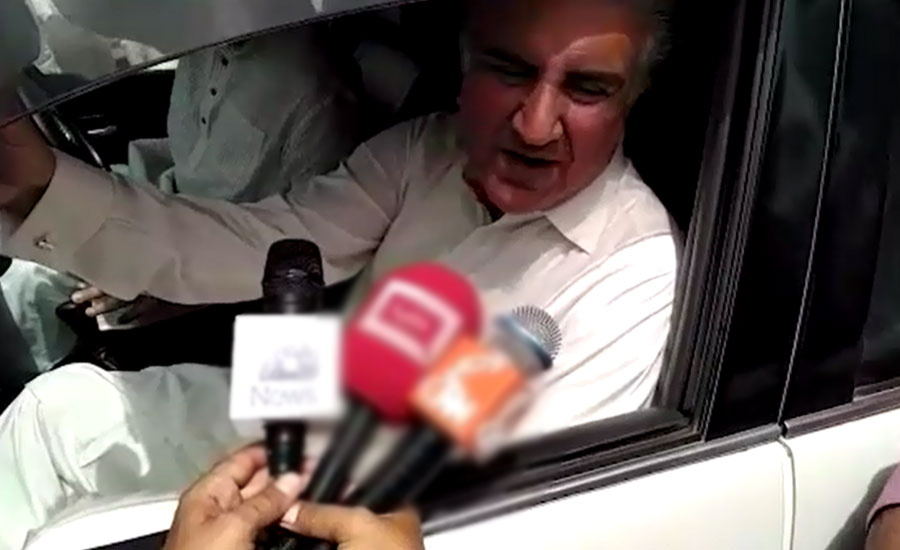 KHANEWAL (92 News) – Foreign Minister Makhdoom Shah Mehmood Qureshi on Sunday said that the demand for mid-term polls by Pakistan Muslim League-N (PML-N) in current situation is unjustified. Speaking to the journalists in Jahanian near Khanewal on Sunday, the foreign minister mentioned that the general elections in Pakistan held recently, hardly one year ago, so as there was no justification of demand for mid-term polls. Rejecting the opposition parties’ demand for mid-term polls, Shah Mehmood Qureshi said that the government has proved its clear majority during the approval of federal budget in the National Assembly. “Pakistan is facing external and internal challenges, Qureshi said, advising the opposition to extend cooperation to the government in this regard. He expressed hope that Pakistan will overcome all challenges under the leadership of Prime Minister Imran Khan. The minister further said that dialogue process with Afghanistan progressing in right direction and we are waiting for a positive outcome. He said matters with India were also under process. “Pakistan is committed to durable peace in Afghanistan,” he added. https://www.youtube.com/watch?v=5qWdeZ-ZhIY A day earlier, Opposition Leader in National Assembly Shehbaz Sharif said that the solution to the disease the economy has been afflicted with is fresh elections and observed that mid-term elections are not unusual in democracies. It s nothing new, he said. It is too soon to ask the question of a no-confidence campaign against the prime minister. [Nevertheless, such a] campaign is the constitutional and democratic right of the Opposition. He said that the PML-N would fully support Maulana Fazlur Rehman in his efforts to topple the government.