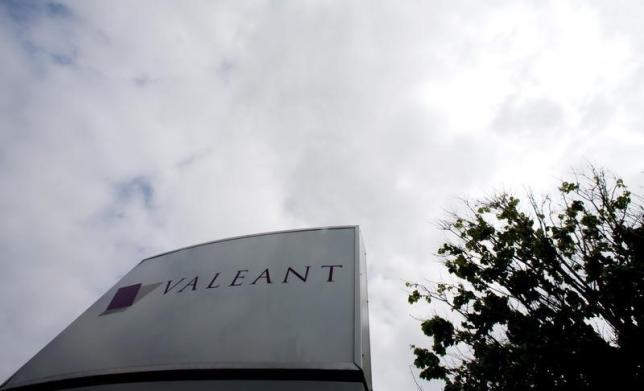 LAVAL - Democratic lawmakers on Monday attacked "massive" price increases of two heart drugs by Canada's Valeant, fueling a rout in drugmaker shares on worries of a government and insurer clampdown on US drug prices. All 18 Democratic members of the House of Representatives Committee on Oversight and Government Reform urged their chairman to subpoena Valeant Pharmaceuticals International Inc (VRX.TO) (VRX.N) and force it to provide documents relating to price increases of 212 percent for Isuprel and 525 percent for Nitropress. Valeant boosted the prices immediately after buying the heart drugs last February. Shares of Valeant tumbled 16.5 percent on the New York Stock Exchange, and other pharmaceutical company shares also slid. Investors are worried that the drug industry faces a moment of reckoning for steep price hikes for both new and older medicines. Shares of many pharmaceutical companies have slumped since 2016 Democratic presidential hopeful Hillary Clinton last week proposed ways for the government to prevent "profiteering" by the industry. The slump in Valeant shares on Monday hit hedge funds run by activist investors Bill Ackman, John Paulson and Jeffrey Ubben. Ackman's fund, Pershing Square Capital Management, owns nearly 5.76 percent of Valeant, which partnered with Ackman last year in a failed bid to acquire Botox-maker Allergan Plc (AGN.N). The Nasdaq Biotech Index .NBI sank 6 percent, while the ARCA Pharmaceuticals Index of large drugmakers dropped 3.5 percent. AbbVie Inc (ABBV.N), Eli Lilly & Co (LLY.N) and Gilead Sciences Inc (GILD.O) were among the hardest hit. The Democratic House members also urged panel Chairman Jason Chaffetz, a Republican, to invite Valeant Chief Executive Michael Pearson to testify at a hearing next week. That would put Pearson in the same hot seat as Martin Shkreli, chief executive of privately held Turing Pharmaceuticals, who has already been called to testify. Chaffetz said Monday evening that he had not yet read the letter from the Democrats. "I'm going to take a look at it, but I haven't yet read it," he told Reuters outside the Capitol. Tiny Turing has been widely criticized for a price hike of more than 5,000 percent for its Daraprim treatment for a dangerous parasitic infection, to $750 per pill from the original price of $13.50. Turing said last week that it roll back the price, but only said that it would be below $750. Clinton on Monday called on Turing to roll back the price to the original $13.50 per pill. "It just makes people more nervous that you are going to see Michael Pearson sitting next to Martin Shkreli," said Evercore ISI analyst Umer Raffat. Pearson has built Valeant into one of the world's largest drugmakers through a series of acquisitions. His business model has featured price hikes and deep cuts in research spending. Officials at Valeant could not be immediately reached for comment on the requests for a subpoena. "A BIG FLUSH" US biotech stock valuations have been falling since they peaked in mid-July. "The sector was overvalued and today we're seeing a big flush," said Len Yaffe, portfolio manager of the StockDoc Partners healthcare fund. He said the decline was exacerbated by trading in exchange traded funds, which hold a basket of stocks and tend to track a particular stock index. "We're seeing the negative side of investing in ETFs." Clinton last week unveiled a plan that includes a $250 monthly cap on out-of-pocket costs for prescription drugs. It would allow the Medicare plan for the elderly to negotiate drug pricing and permit Americans to buy drugs more cheaply from other countries. On Monday, she suggested in a Facebook posting that large drugmakers should help increase competition among generic drugs by investing in their production when there is only one manufacturer. Industry experts are skeptical that Clinton, if elected, could overcome tremendous Republican opposition to such measures in Congress. But her high-profile focus on the issue is expected to embolden efforts by health insurers, doctors' groups and others to pressure drugmakers. "(Stock) selling hasn't really stopped since Hillary Clinton made her comments last week," said Jeff Jonas, a portfolio manager with Gabelli funds. "The Democratic committee members would certainly continue that trend that Hillary started." -Reuters