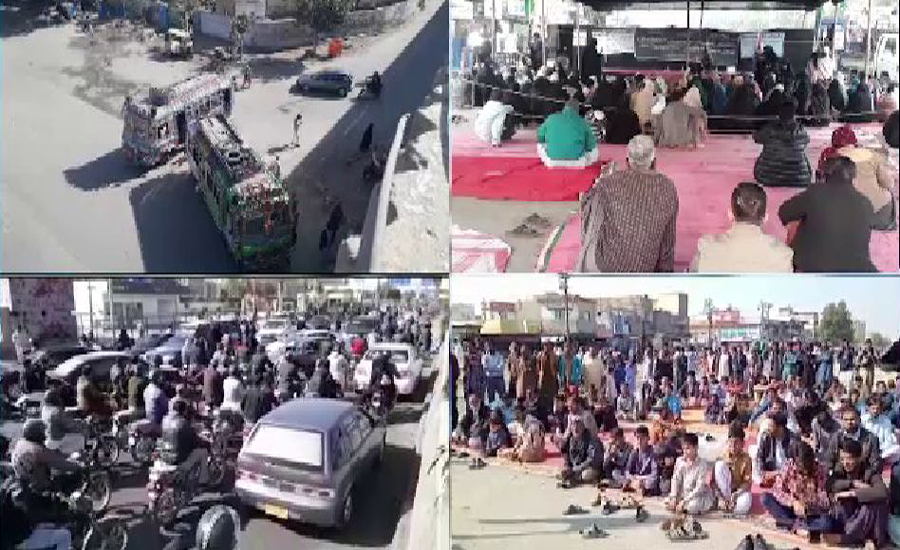 LAHORE/KARACHI (92 News) – Demonstrations and sit-ins were staged against the Machh tragedy in Lahore and Karachi on Friday.

In Lahore, the protesters gathered at Governor's House Chowk, Imamia Colony and Thokar Niaz Baig and Ferozepur Road. They were carrying banners and placards inscribed with justice for the Machh tragedy victims.

Traffic was disrupted on several roads due to the sit-ins. Citizens were asked to use alternate routes to avoid the traffic mess.

In Karachi, sit-ins have been staged at several places, including National Highway, Shahra-e-Faisal, Gulistan-e-Jauhar and New Karachi.

Owing to the sit-ins, several traffic jam was witnessed on all roads in the city. As a result, the train and flight schedules were affected. At some places, skirmishes occurred between the protesters and citizens. Unknown people set ablaze six motorcycles.