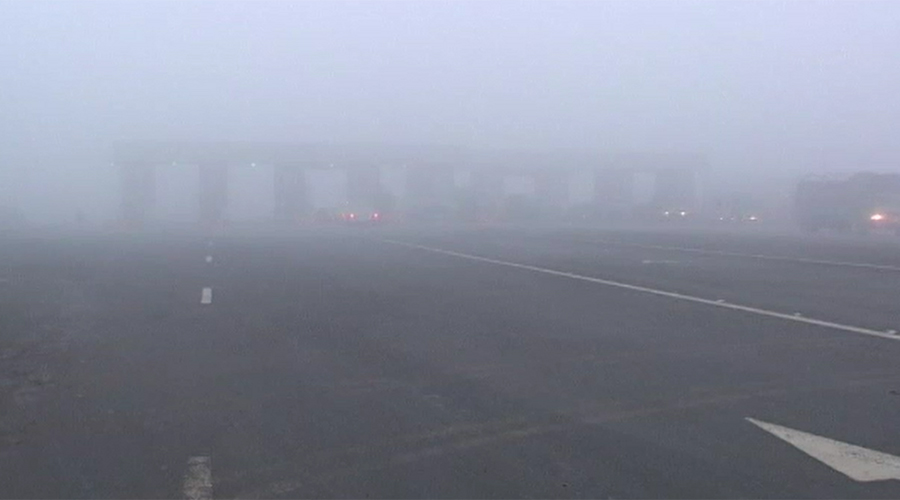 LAHORE (92 News) – Dense fog engulfed various cities of Lahore and Khyber Pakhtunkhwa on Saturday with zero visibility on the roads. The flight schedule has been disturbed at Lahore Airport due to the dense fog. Motorway has also been closed for traffic at various sections due to the fog fog. According to Motorway Police, M-I is closed from Peshawar to Rashkai, M-II from Kot Momen interchange to Lahore while M-III has been completely closed due to zero visibility. M-4 has been closed for traffic from Gojra to Faisalabad. Traffic is slow at GT Road and National Highway with zero visibility from Pattoki to Okara National Highway Commuters have been advised to avoid unnecessary travelling and use fog lights while driving.