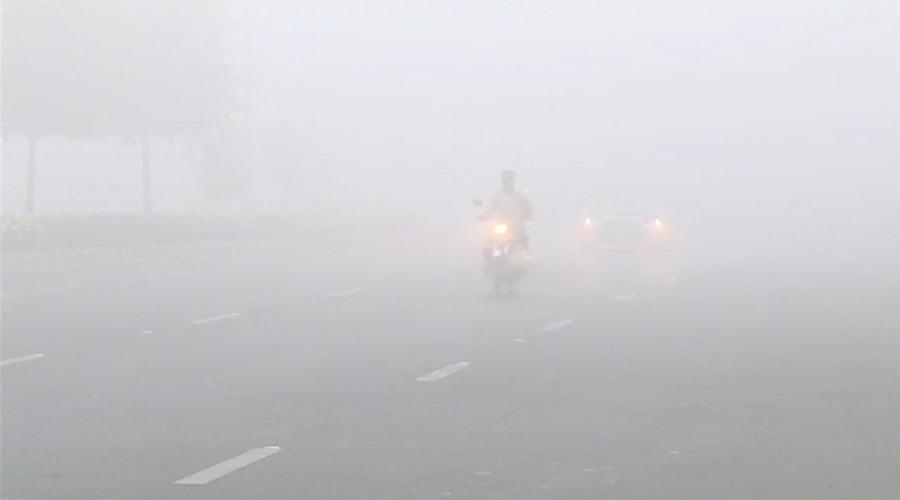 LAHORE (92 News) – Dense fog engulfed various cities of Punjab and Sindh on Thursday with zero visibility on the roads. The traffic system has been disrupted as fog continues to blanket various areas of the provinces including Sindh’s Karachi airport, Shahrah-e-Faisal and Malir. The flight schedule has been disturbed due to the dense fog, while various sections of Motorway and National Highway have also been closed due to thick fog.. Commuters have been advised to avoid unnecessary travelling and use fog lights while driving.