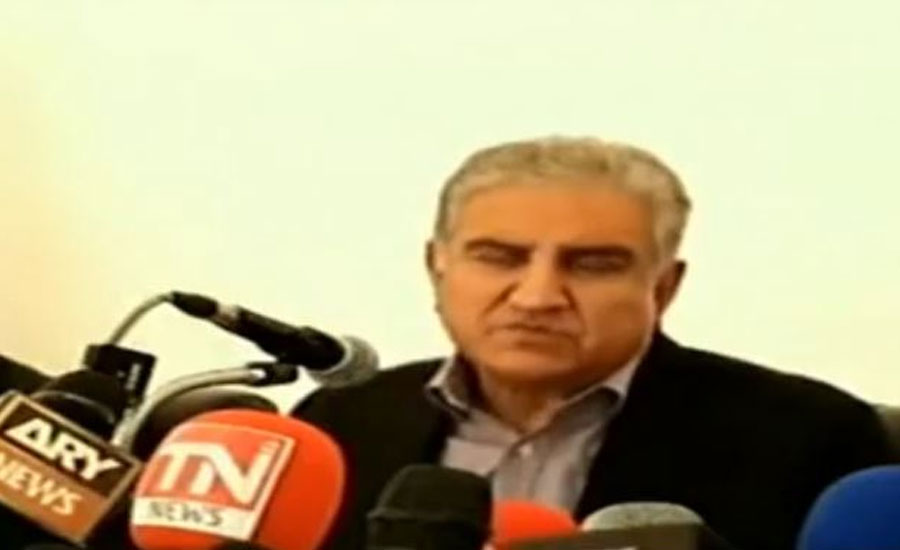 Speaking to the journalists, the foreign minister said that Prime Minister (PM) Imran Khan's current visit to Saudi Arabia has given a new impetus to bilateral relations.

FM Qureshi said that a delegation of top officials from Saudi Arabia will visit Pakistan after Eid. "Firstly Saudi foreign minister and then Saudi Crown Prince will visit Pakistan. The long-standing visa issue with Kuwait has also been resolved," he added.

He mentioned that Pakistan has always had good strategic relations with Saudi Arabia but it was an ad hoc arrangement. “Now, we have prepared an institutional arrangement which was signed by both PM Imran Khan and Saudi Prince Muhammad Bin Salman,” he explained.

The minister added that Saudi has decided to give $500 million more to Pakistan for hydropower projects.

Referring about the Israeli attacks on Al-Aqsa Mosque in Jerusalem, Qureshi stressed the importance of collectively raising a voice against the atrocities through the OIC. “When we will also speak up together, the impact created will be unmatched,” he concluded.