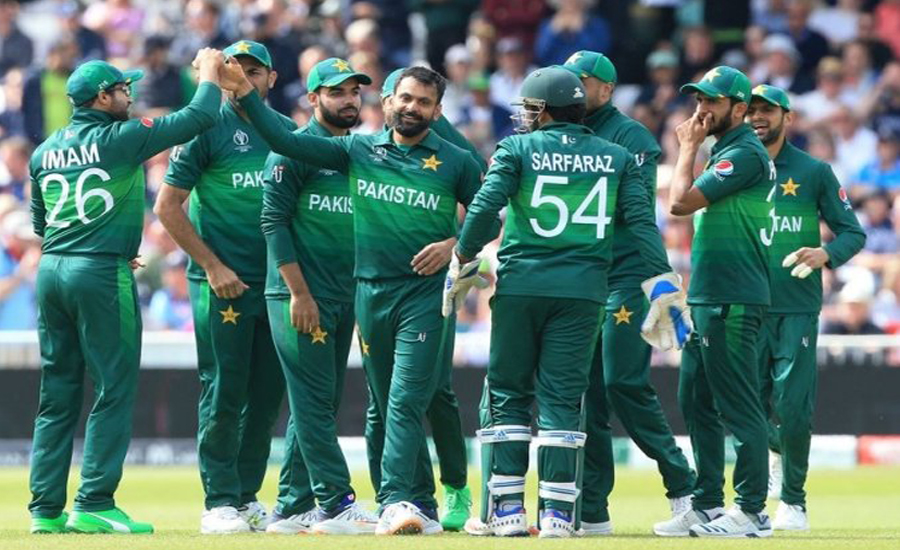 TAUNTON – Australia, having lost their first World Cup game while chasing since 1999, will aim to bounce back as they take on a determined Pakistan in their fourth match of the ICC Men's Cricket World Cup 2019 in Taunton on Wednesday. With all its might, Australia's bowling attack, for once, seemed clueless against India, who batted them out of the game in the first half at The Oval on Sunday, 9 June. The batsmen tried their best to keep the defending champions in the hunt for most part of the chase, but Australia never looked like they had the game under control, losing wickets at crucial junctures. However, they can take heart from the performances of Alex Carey, who has taken his batting credentials up a notch. Standing opposite them are Pakistan, the team whom Australia swept 5-0 two months ago in the United Arab Emirates, and Aaron Finch's men will be keen to get back to winning ways. Pakistan have lived up to their 'unpredictable' tag and have seen contrasting results in the tournament so far. They bounced back with a clinical 14-run win against the hosts, England, after a 10-wicket loss to West Indies in their tournament opener. They missed out on an opportunity to build on that against Sri Lanka, as their clash resulted in a complete washout. They will need to show similar intensity, and execution, as they did against England, to beat a tough opposition in Australia. Key Players Glenn Maxwell (Australia): With his immense skills, and clean ball-striking abilities, Maxwell is capable of changing the flow of any cricket match. The right-hander averages 55 against Pakistan, and with scores of 71, 98 and 70 in his previous three outings against them, he will once again aim for a match-winning contribution on Wednesday. Babar Azam (Pakistan): Babar Azam has put up consistent performances at No.3 ever since he's arrived in England. The right-hander, with his solid technique and fluent stroke-play, will look to hold the Pakistan innings together against the quality of Australia's pace attack. Conditions: A dry and cloudy start to the day is expected, but chances of rain thereafter might result in a shortened game. With the pitch expected to offer some assistance for fast bowlers early in the day, captains would be tempted to field first. Squads Australia: Aaron Finch (c), David Warner, Usman Khawaja, Steve Smith, Shaun Marsh, Alex Carey (wk), Marcus Stoinis, Glenn Maxwell, Mitchell Starc, Kane Richardson, Pat Cummins, Jason Behrendorff, Nathan Coulter-Nile, Adam Zampa, Nathan Lyon Pakistan: Sarfaraz Ahmed (c, wk), Asif Ali, Hasan Ali, Shaheen Afridi, Mohammad Amir, Babar Azam, Mohammad Hafeez, Mohammad Hasnain, Imam-ul-Haq, Shadab Khan, Shoaib Malik, Wahab Riaz, Haris Sohail, Imad Wasim, Fakhar Zaman.