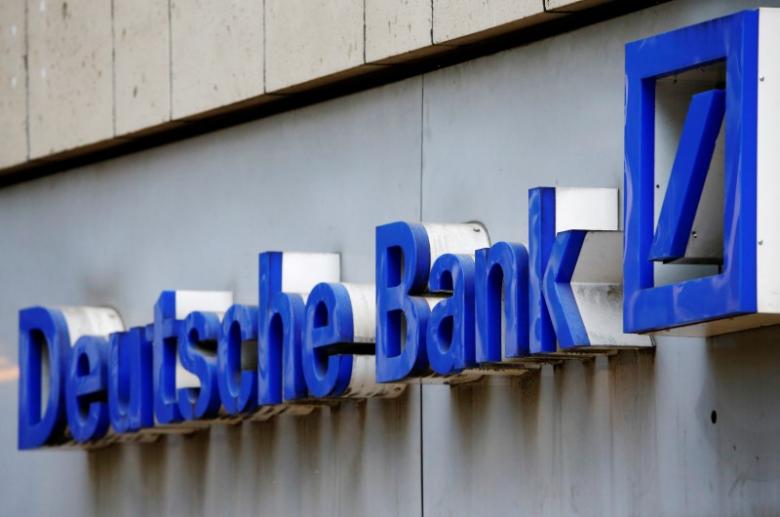 FRANKFURT - Deutsche Bank is expected to receive a demand for more than $2.4 billion from US authorities in settlement of an investigation into past misspelling of mortgage-backed securities, a German monthly magazine reported. The US Department of Justice (DoJ) is expected to send Deutsche Bank a statement of facts stretching to about 100 pages early next week, manager magazine said, adding that the document will specify how much Deutsche must pay to settle the case. Deutsche Bank declined to comment. The bank's shares rose 3.6 percent in a flat German market, with traders citing relief that Deutsche Bank could be close to drawing a line under the long-running investigation. In July Chief Executive John Cryan said that he hoped to close the bank's four largest remaining litigation cases this year. These comprise the mortgages case, alleged manipulation of foreign exchange rates, an investigation into suspicious equities trades in Russia and allegations of money laundering. Rival Goldman Sachs (GS.N) agreed in April to pay $5.06 billion to settle claims that it misled mortgage bond investors during the financial crisis. That settlement included a $2.39 billion civil penalty, $1.8 billion in other relief, including funds for homeowners whose mortgages exceed the value of their property, and an $875 million payment to resolve claims by cooperative and home loan banks among others. Deutsche Bank's settlement will comprise a different list of recipients, a source close to the matter said, adding that the lender had already settled some claims three years ago. In late 2013 Deutsche Bank agreed to pay $1.9 billion to settle claims that it defrauded US government-controlled Fannie Mae and Freddie Mac, America's biggest providers of housing finance, into buying $14.2 billion in mortgage-backed securities before the 2008 financial crisis. The report by manager magazine said that the DoJ's demands are for Deutsche to pay more than the $2.39 billion that Goldman paid for violations of the Financial Institutions Reform, Recovery and Enforcement Act, but the final sum is still subject to negotiations. -Reuters