Development funds were sent into fake accounts in Sindh: Murad 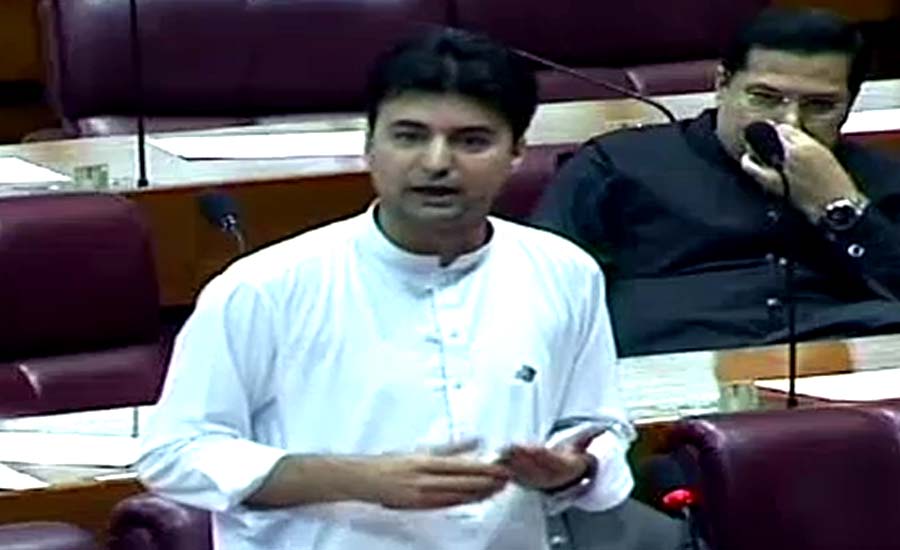 Development funds were sent into fake accounts in Sindh: Murad

ISLAMABAD (92 News) – Federal Minister for Communication Murad Saeed on Tuesday said that development funds were sent into fake accounts in Sindh and being used for money laundering by the Pakistan Peoples’ Party (PPP). Responding to the statement of Sindh Chief Minister Murad Ali Shah while speaking to the National Assembly, the politics of those who plundered the national exchequer will come to an end, but the federation of Pakistan will stay intact at all costs. “Karachi has become a dumpsite, which needs to be recompensed,” Murad Saeed said. “If we talk about the solution of Karachi issues, then they say the federation would not survive,” he slammed. “The federation has only said one thing that everyone should collectively pull Karachi out of the crisis,” he added. He also termed that the statements of Bilawal Bhutto and the Sindh chief minister have hurt the sentiments of the nation. He said this is the message of the parliament that Pakistan was established to stay until the end of the world and these people talk about the division of Sindh.” Murad further said that they will be divided and their politics will end too. The during the recent monsoon rains, several people died of electrocution in Karachi, and Bilawal Bhutto gave a brainless statement over the incident, saying too much rain brings too much water. “Such remarks were beyond one’s comprehension,” Murad added.

The fedral minister said that all political parties collectively raised voice for the plight of oppressed Kashmiri people and exposed the evil face of Narendra Modi-led Indian government. https://www.youtube.com/watch?v=vTQRlsrIBH0 Responding to Murad Saeed, PPP leader Abdul Qadir Patel said that his party has saved Pakistan and federation with sacrifices. He said that PPP had freed Karachi from Article AK-47 and that the incumbent government of PTI is only busy in scoring points. It is pertinent to mention here that earlier, Murad Ali Shah had said “those intending to bring harm to Sindh would also bring harm to the federation.” He was referring to the formation of a strategic committee by Prime Minister Imran Khan, and an expected imposition of Article 149 by the center to immediately address the problems faced by the metropolis.