BOAO, China (92 News) – Prime Minister Shahid Khaqan Abbasi said that the development of deep sea port at Gwadar is proceeding at a fast track. Addressing the Boao Forum for Asia Conference 2018 on Tuesday, Prime Minister Abbasi said ‘Belt and Road Initiative’ of Chinese president Xi Jinping seeks to bring shared prosperity for all by bridging resource gaps. Abbasi said that 10,000 megawatts electricity has been added to the national grid, adding that CPEC will play important role in development of Pakistan and region. He said Pakistan's economy is growing at 6% per annum, the highest in a decade. 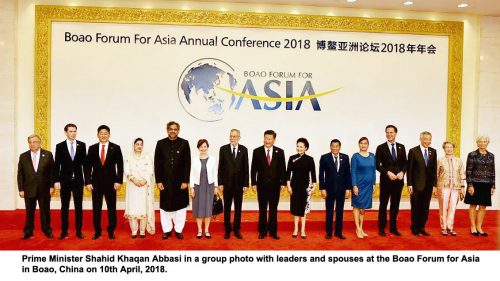 The prime minister said along with Pakistan, the Gwadar deep seaport will give maritime access to Western China, Central and South Asia, and the Middle East. Shahid Khaqan Abbasi said China Pakistan Economic Corridor has created thousands of jobs in Pakistan and added 10,000 megawatts to the national grid. He said completion of Gwadar port will begin a new era of development adding that CPEC will play important role in development of Pakistan and region. Pakistan's economy is growing at 6% per annum, the highest in a decade, added the prime minister. 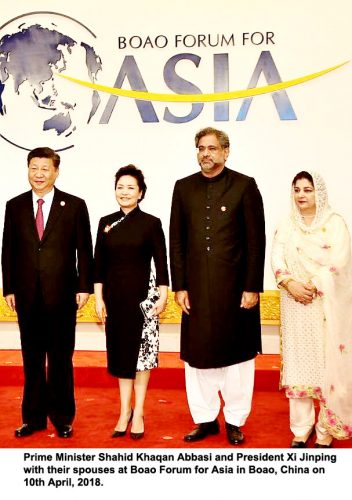 In 2017, nearly one-third of worldwide economic growth came from Asia Pacific region, the bulk of it from China. “As the Asian century dawns, it is incumbent upon us to realize our real potential and rediscover the wisdom that resides within,” said Abbasi. Shahid Abbasi said: “Our coordinated and tailored approached must incorporate the spirit of our peoples and their common aspirations for a better life. They must include embracing structural reforms, strengthening regional institutions, increasing connectivity, leveraging technology and investing in human capital.”