Dhoni demands drastic improvement from bowlers ahead of Pak-India clash 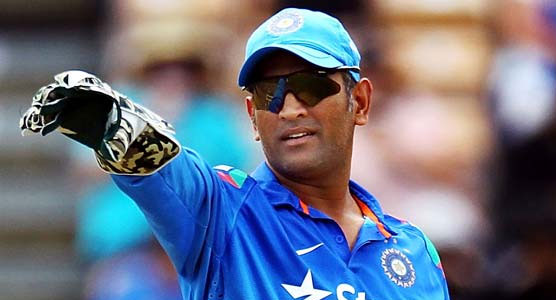 Dhoni demands drastic improvement from bowlers ahead of Pak-India clash

(Reuters) - India captain Mahendra Singh Dhoni has called on his under-fire bowlers to "drastically improve" their discipline for their opening World Cup match against arch-rivals Pakistan on Sunday. India's bowling woes were well documented over the last three months in Australia as the team lost the test series 2-0 and failed to win a single match in the following Tri-series, also featuring England. Dhoni said it was imperative that his bowlers at the Adelaide Oval on Sunday did not give away free scoring opportunities in the first 10 overs, when only two fielders are allowed outside the 30-yard circle. "Where we drastically need to improve is not giving boundary opportunities and easy boundary balls in the first 10 overs when the ball is new and the batsmen can actually use your pace," the 33-year-old told reporters on Saturday. "That will be the key factor, how we bowl in the first 10 overs." India have won all five of their previous World Cup matches against their bitter rivals but their insipid build-up has alarmed supporters. Dhoni believed a comforting record against Pakistan counted for little when the first ball was bowled on Sunday. "Look, I am not bothered about statistics because what happened in the past will count for little in what is a prized game for all. "It's nice for fans and the media to talk about it, but for us the only thing that will matter is how we play." The refurbished 47,000-capacity stadium will be filled to the brims on Sunday for the match between the two neighbours and, according to organisers, tickets for the encounter were sold out in a mere 20 minutes. It is more than a mere game of cricket for the 1.3 billion supporters of both teams and Dhoni said facing the 1992 winners was the ideal platform for his players to raise their level. "When we play Pakistan there's definitely more intensity on the field with a lot of fans being around," he said, adding that all 15 members of his squad were fit and available for selection. "I think it will be a perfect scenario for everyone to raise their level of performance. It will be a high voltage game. "It's one of those occasions where the spectators really love it, it's one of the most prized games when it comes to the ODI format. I think it's a perfect scenario to start."