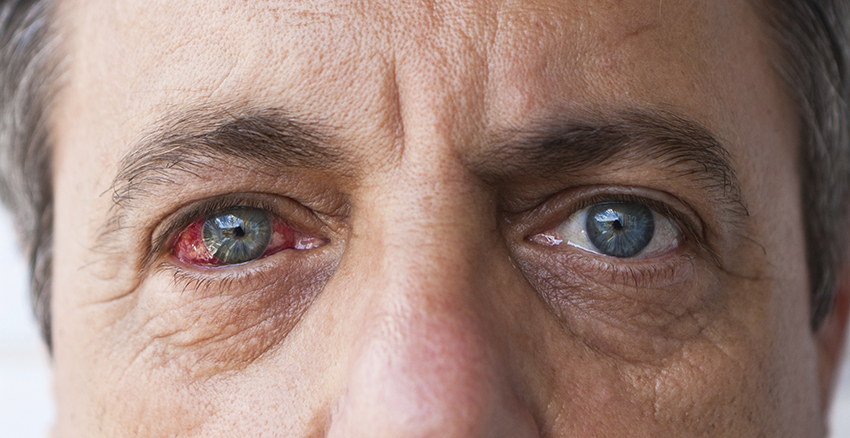 SINGAPORE (Reuters) - People with diabetes and related eye damage known as retinopathy are more likely to fall than diabetics who have not developed vision problems, a study in Singapore suggests.

Diabetic retinopathy happens when high blood sugar levels damage blood vessels in the retina leading to blurred vision, difficulty with color distinction and blindness. The condition can cause blood vessels to swell, leak, close and block blood flow, or grow abnormally on the retina.

In the study of almost 9,500 middle aged and older adults, those with moderate diabetic retinopathy were almost twice as likely as individuals with diabetes but no eye damage to experience falls during the study. Mild retinopathy, meanwhile, was associated with 81 percent greater odds of falling, researchers report in JAMA Ophthalmology.

Compared to people without diabetes, patients with diabetic retinopathy were 31 percent more likely to fall, the study also found.

“Alterations in blood glucose levels in diabetes cause changes in retinal blood vessels which swell, bleed or leak fluid into the back of the eye,” said senior study author Ecosse Lamoureux of the Singapore Eye Research Institute and the Duke-NUS Medical School in Singapore.

“Diabetic retinopathy causes not only vision loss, but also reduction in the components of the aging visual function system, such as contrast sensitivity, stereo acuity, and color perception, which can result in poor postural stability and a greater capacity to bump into objects, leading to a greater risk of falling,” Lamoureux said by email.

Approximately one in three elderly people living in the community fall each year, and roughly one in 10 falls result in traumatic injuries or fractures, the researchers note. Falls can also result in reduced social interaction, less physical activity and declines in mobility and independence.

While previous research has linked diabetes to an increased risk of falls, many of these studies have focused on diabetic nerve damage that can reduce sensation in the feet and make it harder for people to sense where they’re stepping. Some research has also tied falls to vision loss, but it’s been less clear how mild or moderate diabetic retinopathy might impact the odds of falling.

For the current study, researchers examined data on 9,481 Singapore residents of Malaysian, Chinese or Indian ethnicity who were taking part in a larger study. All had answered questionnaires that asked about any falls experienced in the prior year.

About half of participants were 59 years old or older and 6,612 of them, or 70 percent, didn’t have diabetes.

Among the 2,869 participants with diabetes, 857, or 30 percent, had diabetic retinopathy in at least one eye. Researchers ranked retinopathy cases as minimal, mild, moderate or vision threatening.

Overall, about 13 percent of people without diabetes had a history of falls, as did about 16 percent of diabetics who had no retinopathy.

Among patients with diabetic retinopathy, 14 percent of people with minimal cases had a history of falling, compared with 26 percent of mild cases, 27 percent of moderate cases and 20 percent of vision-threatening cases.

These results suggest that management of diabetes should include education on how to prevent falls, particularly for people with early stage diabetic retinopathy, the authors conclude.

The study wasn’t a controlled experiment designed to prove whether or how diabetic retinopathy directly causes falls.

Another limitation is that researchers relied on study participants to accurately recall and report on any previous falls, which might make the results less reliable than objective measurements of falls such as fall diaries, the authors note.

Even so, the findings underscore that, like other health problems that lead to vision loss, diabetic retinopathy can indeed make falls more likely, said Dr. Francesc Formiga, a researcher at Bellvitge Universitari Hospital in Barcelona who wasn’t involved in the study.

“Diabetic retinopathy often does not offer any early warnings signs,” Formiga said by email. “Therefore, it is important to perform a complete ocular exam at least once a year.”