Dicaprio brings 'The Revenant' to Japan 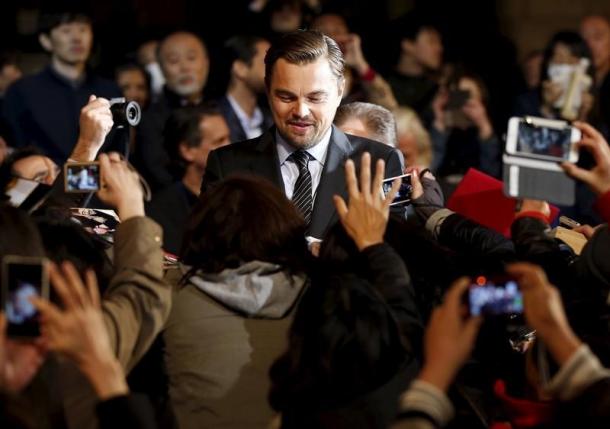 Dicaprio brings 'The Revenant' to Japan

TOKYO - Excited Leonardo DiCaprio fans, some of them dressed as bears, greeted the actor as he made his first trip to Tokyo in two years to promote the Japanese opening of “The Revenant.” The movie about a fur trapper seeking revenge who is left for dead after being mauled by a bear brought DiCaprio his first ever Oscar at the Academy Awards ceremony in February, as well as a best director Oscar for Mexico’s Alejandro Inarritu. DiCaprio said it was an honor to receive the Oscar but stressed that awards are not the reason he does movies. “It's certainly gratifying and it feels fantastic, but you hope to remain with your initial ideals and dreams of what you want to be as an actor, and all I can hope for is that I'll continue to keep trying to make the best movies I possibly can," the actor said at a press conference. He later told the audience at “The Revenant” premiere at Roppongi Hills in Tokyo on Wednesday that he was “privileged to be a part of cinema history that I think is very ground breaking and it was a huge honor for all of us the night of the Oscars to be awarded the way we were.” -Reuters