Did not use those words which convicted me: Daniyal 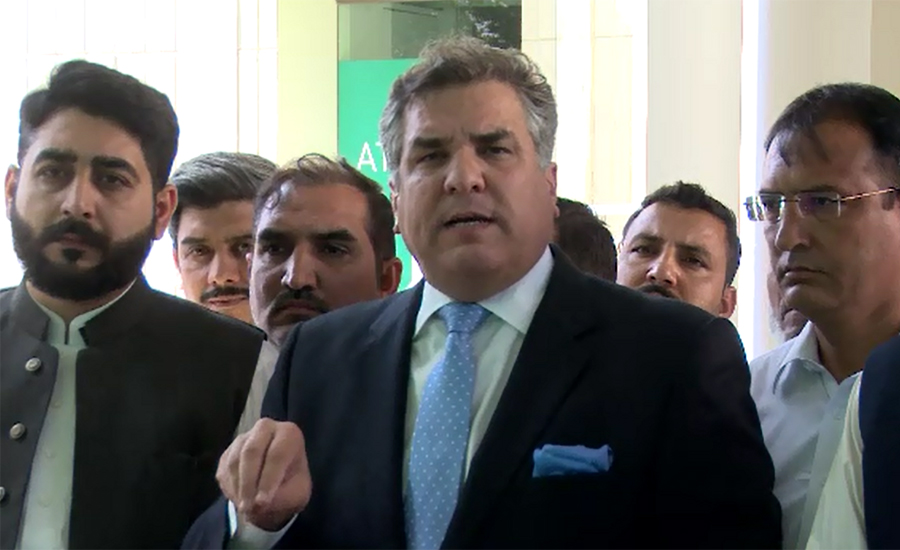 Did not use those words which convicted me: Daniyal

ISLAMABAD (92 News) – After the Supreme Court's verdict, former minister for privatization Daniyal Aziz said that he did not used those words which he had been accused of using. Speaking to the journalists, PML-N leader Daniyal Aziz denied the charges leveled against him under the contempt of court order. He said that he would pursue the legal battle against the court verdict after going through the detailed judgment. Aziz claimed neither he nor his party are involved in contempt of court. "My party and I always respected the court and their decisions," Aziz said. The PML-N leader continued, "We did not lock-down or attack Islamabad in reaction to the top court's verdict." "We struggled to make institutions stronger," he upheld. He recalled that his rivals are facing at least three cases each in the National Accountability Bureau. “I appeared before the court in a single case and I’ve been cleared in it,” he told. "There were three charges against me and I am acquitted from one charges and punished from two charges." Aziz explained. He claimed that the witness told the court he did not use the words that he had been accused of using. "The second charge against me was based on a private TV channel. "The court highlighted what the charge was based on from the transcript but when we saw the video, the underlined party had been beeped out," he maintained. The PML-N leader was talking to the journalist after the Supreme Court disqualified PML-N leader Daniyal Aziz in contempt of court case. The court ruled that Daniyal Aziz committed contempt of court and Aziz was imprisoned until the court was dismissed.