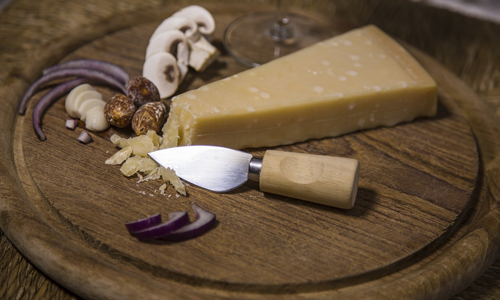 NEW YORK- Men with prostate cancer may be more likely to have the most serious form of the disease if their diet contains a lot of fat from meat and dairy, a recent U.S. study suggests. The increased risk tied to saturated fat and cholesterol was greater for the prostate cancer patients who had not been taking cholesterol-lowering statin drugs, researchers report in the journal Prostate Cancer and Prostatic Diseases. The link between saturated fat in the diet and aggressive prostate cancer was also strongest for men of European descent, compared to African American men, the study found. “A diet high in saturated fat contributes to high blood cholesterol levels,” which have already been linked to worse outcomes for prostate cancer, said lead author Emma Allott of the University of North Carolina at Chapel Hill. One out of every seven men in the U.S. will be diagnosed with prostate cancer during their lifetimes, according to the American Cancer Society. In Western countries, prostate cancer tends to be more common, and people in Western nations also tend to consume more saturated fat, the authors note. To explore the relationship between prostate cancer and fat in the diet, the study team used data on 1,854 men with newly-diagnosed prostate cancer, including 321, or 17 percent, with "highly aggressive" cancers. As part of the North Carolina-Louisiana Prostate Cancer Project, the men answered questions about their diet habits, their medications, and demographic and lifestyle factors like age, race and activities. The researchers calculated the levels of saturated fat in each man’s diet, as well as the amounts of mono- and poly-unsaturated fats, the types found in vegetable oils or fish. They found that men with more aggressive prostate cancer consumed more calories and more cholesterol every day and had a higher percentage of calories from fat in their diets. Among men with more aggressive prostate cancer, a greater proportion of the total fat they consumed was the saturated kind and less of it was polyunsaturated fat, compared to men with less aggressive cases. Diets highest in saturated fat were tied to an overall 51 percent higher risk of having highly aggressive cancer, compared to diets lowest in saturated fat. Cholesterol intake was also separately tied to higher risk of more aggressive cancer, but only for white men. For men who weren't taking statins, the risk of highly aggressive cancer was increased by 71 percent with the diets highest in saturated fat, only a 16 percent risk increase in men using statins. “There are a number of things that men can do to reduce their risk of advanced or lethal prostate cancer,” said Stacey Kenfield, who researches lifestyle and diet factors to help prevent prostate cancer at the University of California, San Francisco. Preventive measures include “not smoking, having a normal body weight, high physical activity, and high intake of tomatoes and dark meat fish (e.g., tuna, mackerel, salmon, sardines), and low intake of processed meat,” she said. These efforts may also help prevent other diseases, such as heart disease and diabetes, Kenfield, who was not involved in the study, told Reuters Health by email. People concerned about cancer “can cut down on the amount of saturated fat in their diets by choosing lean cuts of meat and low-fat dairy products, and by cooking with plant-based oils,” Allot said. “Controlling dietary saturated fat content may be important not only for cardiovascular disease prevention and overall health, but also for aggressive prostate cancer prevention,” she said. -Reuters