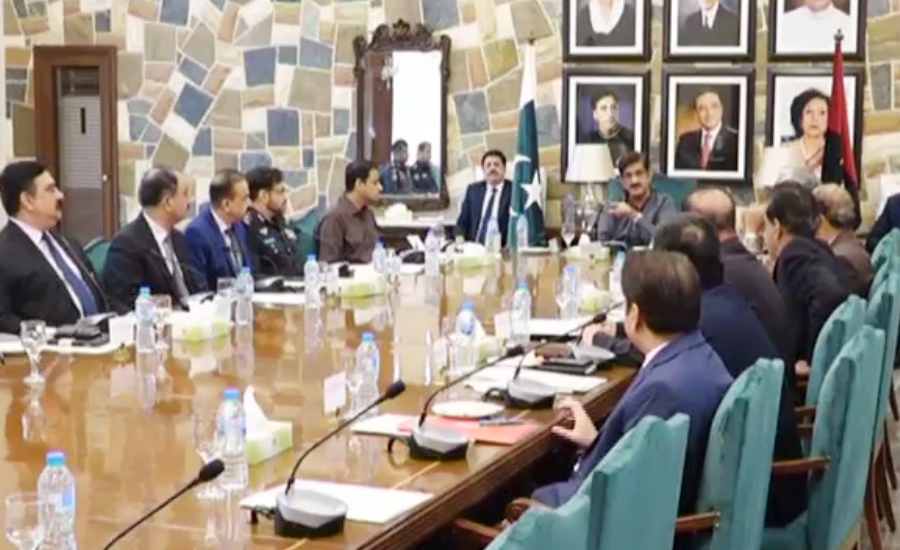 KARACHI (92 News) – The DIG South assured Sindh Chief Minister Murad Ali Shah that the police would arrest former MQM leader Ali Raza Abidi’s killers soon. Sindh Chief Minister Syed Murad Ali Shah chaired a meeting to discuss the law and order situation in province after Tuesday’s murder of Ali Raza Abidi on Wednesday. The meeting overviewed the law and order and security situation, however, Sindh chief Secretary, Director General Rangers, IG Police and top officials of other law enforcement agencies and departments attended the meeting. During the meeting, the law enforcement authorities informed Murad Ali Shah that the murder of Ali Raza Abidi and Quaidabad blast appears to be part of the same chain of events. The chief minister expressed his reservations over six terror incidents in six week-time in the metropolis. “The terrorists are getting united and we are hiding away from them. This is a deplorable situation,” he said the meeting. “We have given free hand to the law enforcement authorities for improved law and order situation but we aren’t getting desired results." Sindh Chief Secretary Mumtaz Shah informed the participants of the meeting that work is underway for the implementation of the safe city project. The meeting decided to change the direction of targeted operation and devised to new strategy. On the other hand, after murder of Ali Raza Abdi, the security has been provided to the key politicians. The security provided to MQM Bahadurabad, PIB and PSP leaders with police mobile. Talking to the journalists, Murad Ali Shah said that some target killers and operatives of mafias want to deteriorate the law and order situation of Karachi. “No one will be allowed to destroy the peace of the city,” the chief minister said. “We will not allow them to do so,” said CM Murad Ali Shah. “Work is underway on setting up trackers on the motorcycles,” he said.