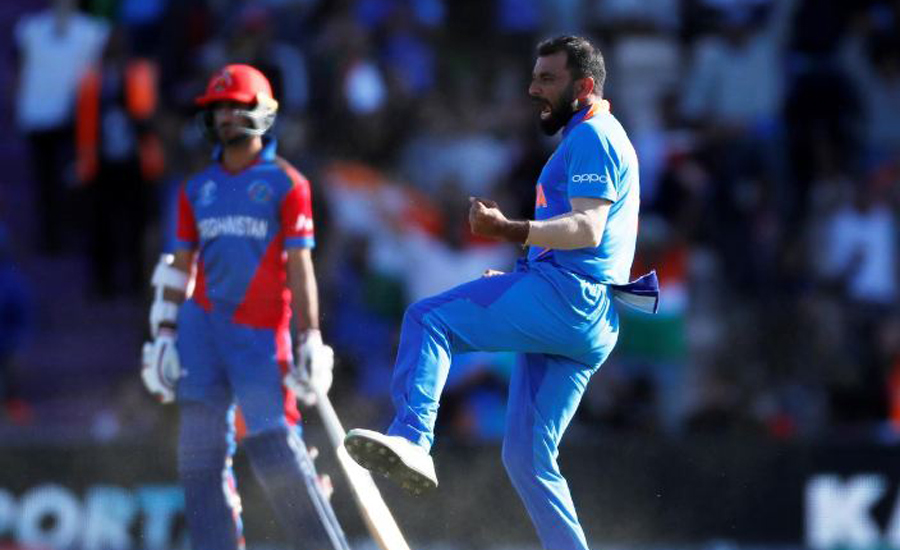 SOUTHAMPTON, England (Reuters) - Mohammed Shami claimed a hat-trick to secure victory as India pipped Afghanistan by 11 runs in a thrilling low-scoring group match in the Cricket World Cup on Saturday. Opting to bat after winning the toss, India struggled on a slow pitch and crawled to 224-8 with Virat Kohli (67) and Kedar Jadhav (52) managing half-centuries against a disciplined Afghan attack. Skipper Gulbadin Naib (2-51) and spinner Mohammad Nabi (2-33) shared four wickets between them as India posted their lowest total of the tournament. Afghanistan’s batsmen, however, could not complement the effort of their bowlers and were all out for 213 to slump their sixth defeat in six matches. Nabi top-scored for them with 52 before Shami claimed the last three wickets with successive deliveries in the final over to seal India’s fourth victory of the tournament. Kedar Jadhav contributed 52 down the order but India did not get the late burst despite having wickets in hand and settled for a total which leaves little margin for error when they return to defend the score.