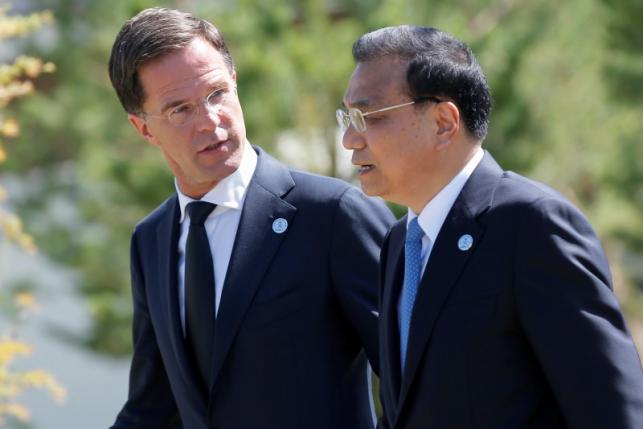 ULAANBAATAR – A key summit between Asian and European leaders in Mongolia ended on Saturday without direct mention of the South China Sea dispute in its closing statement, with diplomats describing intense discord over the issue between Europe and Asia. China has refused to recognize Tuesday's ruling by an arbitration court in The Hague invalidating its vast claims in the South China Sea and did not take part in the proceedings brought by the Philippines. It has reacted angrily to calls by Western countries and Japan for the decision to be adhered to. China had flagged ahead of the Ulaanbaatar get-together that it did not want the South China Sea to be discussed, saying it was not an appropriate venue. The closing statement said leaders reaffirmed a commitment to promote maritime security, safety and cooperation, freedom of navigation and overflight and to refrain from using threatening force. It also said disputes should be resolved via international law, the United Nations charter and U.N. Convention on the Law of the Sea, or UNCLOS. European Council President Donald Tusk told reporters he hoped the court's decision would create positive momentum in finding a solution to the dispute. "Still, it's not so easy to agree with our Chinese partners when it comes to these issues but our talks were difficult, tough but also promising," he said. On Friday, the European Union issued a statement noting China's legal defeat but avoided direct reference to Beijing, reflecting discord among EU governments over how strongly to respond to the court ruling. While the European Union is neutral in China's dispute with its Asian neighbors in the South China Sea, Britain, France and Germany want to make clear that Beijing must uphold international law as it seeks a bigger global role. But speaking with one European voice has become difficult as some smaller governments, including Hungary and Greece, rely on Chinese investment and are unwilling to criticize Beijing. NO BILATERAL The panel ruled Beijing's actions in the South China Sea, through which more than $5 trillion of trade moves annually, had interfered with the Philippines' sovereign rights. Brunei, Malaysia, Taiwan and Vietnam also have claims to the strategic waterway. There was no bilateral meeting between the Chinese and Philippines foreign ministers, a Philippine diplomatic source told Reuters, though the Chinese initially requested a meeting at the beginning of the summit. Chinese officials did not speak to foreign reporters during the summit. China's Foreign Ministry did not immediately respond to a request for comment on the summit and the South China Sea. State news agency Xinhua quoted Chinese Premier Li Keqiang as saying on Saturday in Ulaanbaatar that the court's decision would have "no impact whatsoever" on Chinese sovereignty and maritime rights and interests in the South China Sea. Li had told Japanese Prime Minister Shinzo Abe the previous day that Japan should stop interfering in the issue. Japan met with several countries including the Philippines and Vietnam and told them Japan would cooperate with them to enforce the decision, a foreign ministry spokesman said. A diplomat from Russia, which has close ties with China and has supported its position over the arbitration case, said the West was hectoring. "If you understand how the other side lives, you're more tolerant," he said. "The West always starts with teaching. Asians never do that." A Mongolian diplomat said negotiations over the closing statement were "intense". "The Europeans wanted lots on the South China Sea but the Asians didn't." –Reuters