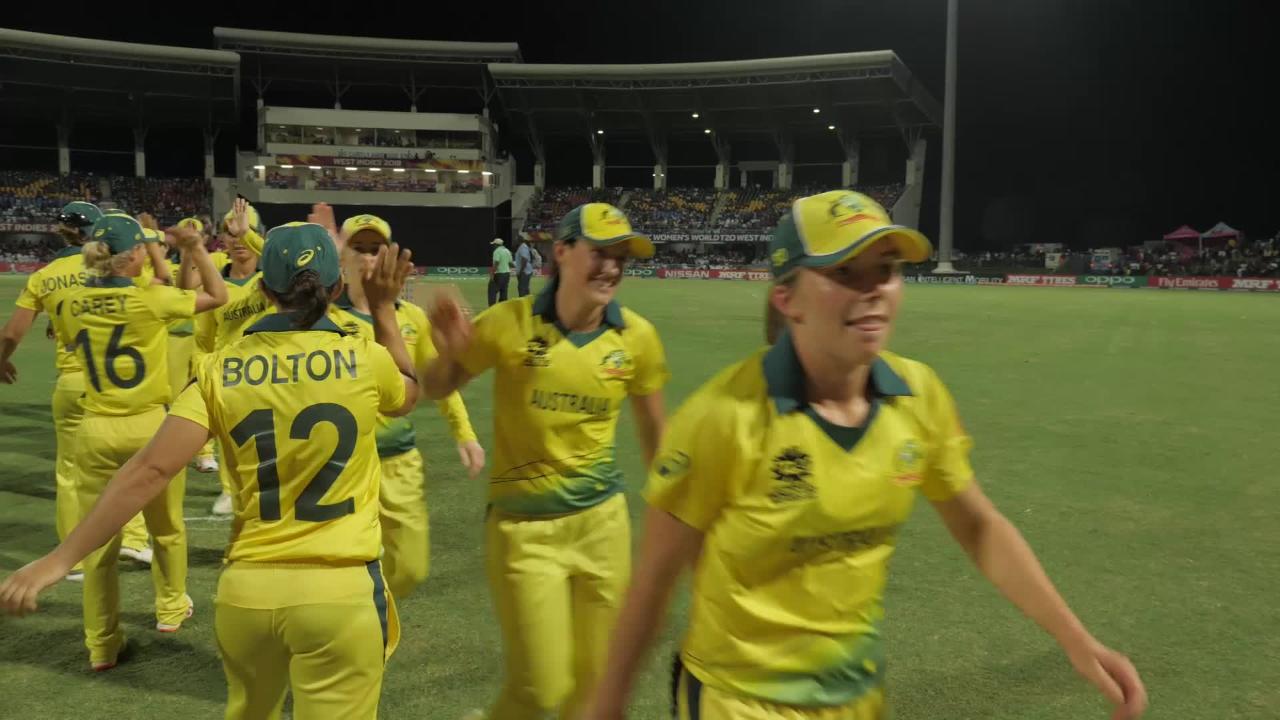 Alyssa Healy recovered, got on to the field, and put in another Player of the Match performance as Australia trounced the Windies to reach the ICC Women’s World T20 2018 final.

Till 24 hours before the match, there was a spot of uncertainty about Healy’s participation in the game. The team were more or less certain she would take the field, having recovered from the ‘mild concussion’ she had suffered after colliding with Megan Schutt during the game against India, but it wasn’t quite official yet. But she got in, and exactly like she had in the three innings she had played prior to this one, Healy took on and took apart the bowlers, following up her 48, 56* and 53 with a 38-ball 46. Incredibly, she has been the Player of the Match on all four occasions – talk about purple patches! “Just really proud of the girls' effort. I think it was one tricky wicket out there, and the way we just fought, fought really hard with the bat and the ball … really proud of that win. That meant a lot to the group,” said Healy after Australia bowled the Windies out for 71 to complete a 71-run win. “We could not just swing through the line like I have been in the last six weeks. There was a bit of fluff, I like to call it, on top of the wicket, and just sort of gripping the ball and made it quite tricky for the batters. So you really had to play smart, and we'll take a lot out of that going into the final. But I think our bowlers watched that unfold and bowled it perfectly after.” Healy lost opening partner Beth Mooney early, but then added 51 for the second wicket with captain Meg Lanning before falling at the end of 12 overs with 71 on the board.
“I think I said when I got out that if we can get 130-140, we're right in this game, knowing that our bowlers would execute when called upon. I was quietly confident but at the same time we still had to bowl well and I think they did a fantastic job,” recalled Healy – Australia put up 142/5. It might have all been very different for Healy, and Australia, if the collision had left the 28-year-old wicket-keeper batter in worse shape than it did. “I think I was really, really lucky. I really didn't get many symptoms, concussion symptoms. I didn't have headaches. I didn't have anything. I simply had a sore neck from the whiplash after hitting Schutt's shoulder. I was really lucky,” Healy explained. “And I had fantastic medical staff looking after me and making sure I was making smart decisions about what I was doing. And I think personally I did all the right things as well to give my mind a break and let it refresh and replenish and go today. So I'm still symptom-free. And really I guess I'm really excited that I got to play tonight.” Australia, three-time World T20 champions, had relinquished their crown in the 2016 final when the Windies beat them. Having no global trophies in their cabinet is an unfamiliar feeling for this team, so the win, which put them within one shot of glory, is extra special. “To come here to the West Indies, to play in front of a crowd like that that's 99 per cent going for the West Indies, we sort of thrive off that. We love being the underdogs in Australia. We don't get to do it too often,” said Healy, who called the win ‘pretty high up’ in the list of the team’s achievements. “For us to come here try to take a trophy off the West Indies was always going to be really difficult. So for us to go out there and play such a good performance today it was really special.”