Dividends of improved internal security must reach out to people: COAS 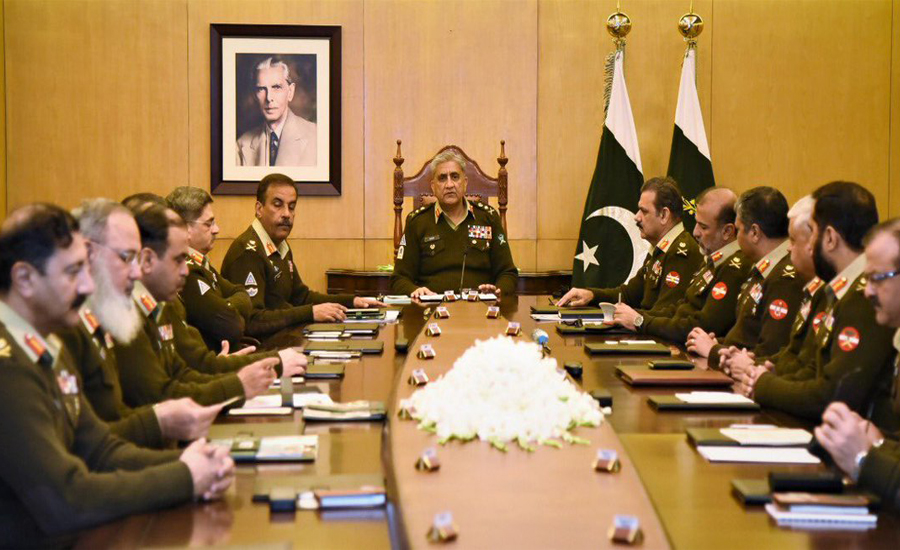 Dividends of improved internal security must reach out to people: COAS

RAWALPINDI (92 News) – The 218 Corps Commanders Conference presided by Chief of Army Staff (COAS) General Qamar Javed Bajwa was held at GHQ on Monday.  According to a press release issued by the ISPR, the forum reviewed geo-strategic environment and security situation of the country. The conference expressed satisfaction on improved internal security situation and progress on regional peace initiative, especially Afghan reconciliation process. It discussed the situation along Line of Control (LoC) and Working Boundary with reference to continued cease fire violations and Indian atrocities against innocent Kashmiris. The forum reviewed state of preparedness along Line of Control/ Working Boundary and Eastern Border to thwart any misadventure from across. It also expressed solidarity with resilient Kashmiri brethren on the eve of Kashmir Day. "While safeguarding the borders and carrying on the ongoing stability operations through Raddul Fassad, concurrent focus is now to be on strategizing and implementing comprehensive national response against machinations by hostile intelligence agencies / inimical forces to undo the national gains for peace and stability. The dividends of improved internal security situation must reach out to people of Pakistan through socioeconomic development," the COAS concluded.