Upon arrival at Naval Headquarters, the visiting dignitaries were welcomed by Chief of the Naval Staff, Admiral Muhammad Amjad Khan Niazi. Later during separate meetings with Naval Chief, both dignitaries discussed matters of mutual interest and cooperation. 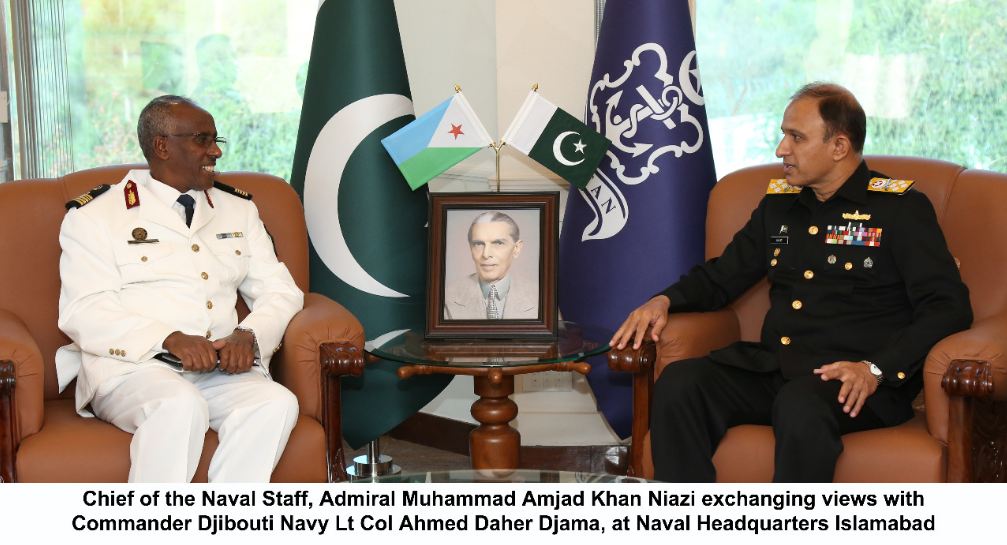 A briefing session was also held in which the visiting Commander Djibouti Navy was apprised of Pakistan Navy’s contribution to regional maritime security. Various aspects of collaboration between the two navies and avenues of further enhancing bilateral relationship were also discussed. Both sides agreed on the need to improve bilateral naval cooperation.

It is expected that the significant interactions with political and military leadership will open new vistas of mutual cooperation between the two countries in general and the navies in particular.