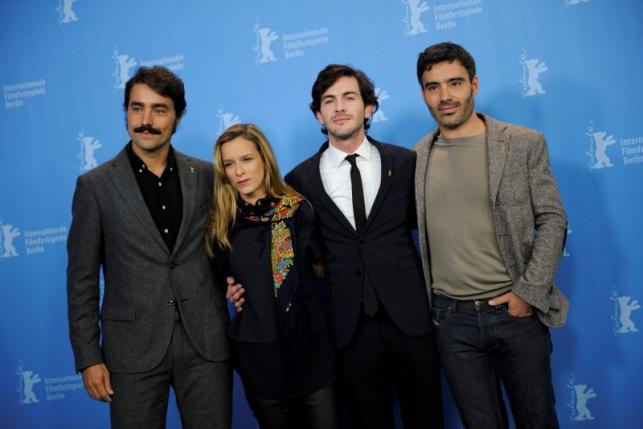 BERLIN - Letters a then-newlywed doctor wrote to his pregnant wife in Portugal while he served in a futile war to retain Angola as a Portuguese colony inspired the film "Cartas da Guerra" (Letters from War) shown at the Berlin film festival.

The letters written in 1971-2 by Antonio Lobo Antunes, who has become one of Portugal's most distinguished novelists, trace the growing despair of a man caught up in a conflict he can see is ruinous to his own country and to Angolans.

"In 1971 everybody knew it was an unjust war without any prospect of success," director Ivo Ferreira said at a post-screening news conference for his film which is in competition for the main Golden Bear prize.

"Through this war the end of dictatorship in Portugal was triggered," Ferreira added, referring to Portugal's so-called "Carnation Revolution" that brought an end in 1974 to more than four decades of authoritarian rule.

Ferreira's film, with Miguel Nunes portraying Lobo Antunes, shows how initial camaraderie among Portuguese forces newly arrived in Angola gradually gives way to demoralisation and despair in the face of a largely unseen enemy who nevertheless inflicts casualties with landmines and sneak attacks.

The film shows Portuguese soldiers getting their revenge by executing captured Angolan rebels in cold blood. In another scene, a Portuguese soldier cracks and wanders into the jungle naked, after throwing away his identification tag.

He said seeing his own wife reading a book by Lobo Antunes gave him the idea of having the letters read out in a voiceover by the doctor's wife at home in Portugal. "That is the key aspect of the film, without this aspect the film wouldn't exist," he said.

Margarida Vila-Nova, who plays the wife, told Reuters on the red carpet for the premiere that she hopes the film will help younger Portuguese learn about that period of history. "We know just a little bit about what happened," she said, noting that people of the older generation rarely talk about it. "I think this movie can be (a) lesson to the young people."

Portuguese Prime Minister Antonio Costa said he was proud the film had been shown in Berlin. "Not only is it the first time in a long time that we present a long movie, it is also a film adaptation to one of the main works of our literature and our contemporary writers," he said. -Reuters