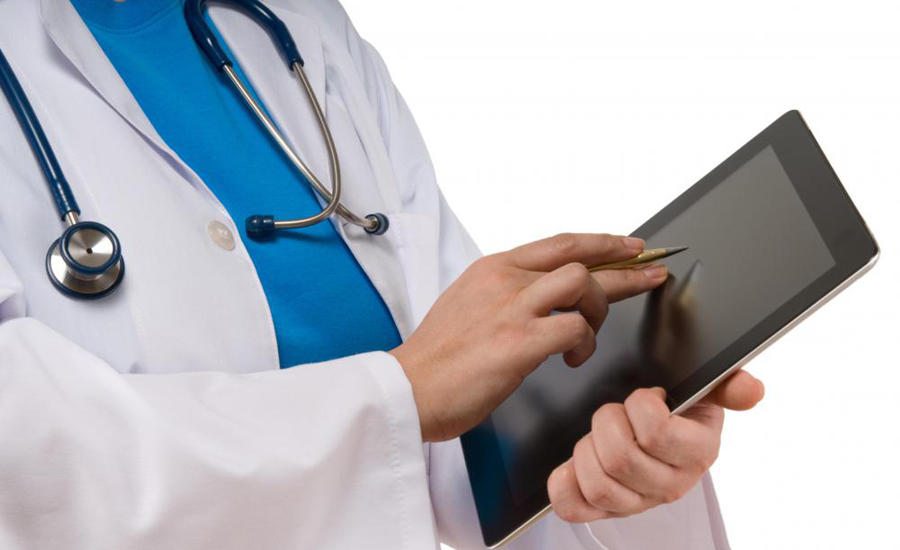 RHODES ISLAND (Reuters) - Dr Rebekah Gardner has to make a choice each time she sees a patient in her Rhode Island office: she can scroll computer screens and click boxes, or she can focus on the patient and take home the computer work.

“We’re either left fumbling through data entry with our patient in the exam room, missing out on an opportunity to truly connect, or we’re left with hours of documentation and computer work after a long day of seeing patients,” she said in a phone interview.

Gardner, a professor at Brown University’s Alpert Medical School in Providence, Rhode Island, sought to understand how other physicians have adapted to the demand to enter data about patients into electronic health records, known as EHRs.

EHRs were developed in response to federal government financial incentives aimed at facilitating the exchange of health information, reducing medical errors and improving care. But they can strain clinical encounters, Gardner and colleagues write in a new study in the Journal of Innovation in Health Informatics.

Researchers asked doctors licensed to practice in Rhode Island the question: “How does using an EHR affect your interaction with patients?”

They got an earful.

Most who responded complained that electronic records undermined their connection with patients. One likened typing into a computer in the presence of a patient to “having someone at the dinner table texting rather than paying attention.”

“Doing data entry feels like a bitter pill to swallow,” Gardner said. “The burnout and the stress that comes from working on the EHR is a quality-of-care issue, a patient-safety and a workforce issue.”

Gardner and her team surveyed 3,761 physicians, and 68 percent responded. More than 87 percent used EHRs. Of those, 744 provided a narrative answer to the EHR question.

Those who responded were older and more likely to practice primary care. Primary-care physicians, like Gardner, tended to complain more about electronic records than surgeons, anesthesiologists, and neonatologists, she said.

Hospital-based doctors’ chief complaint was that EHRs disconnected them from patients, while office-based doctors most frequently griped that computer work degraded the quality of their interactions with patients.

Some doctors did welcome electronic records. Hospital-based physicians wrote that being able to read lab results and problem lists before examining patients helped them prepare. Easy access to patient information in EHRs had a positive effect on their patient interactions, hospital-based doctors also said.

Dr. Jeffrey Chi, a hospitalist and professor at Stanford University School of Medicine in Stanford, California, transitioned from paper charts to electronic records during his residency and sees advantages of EHRs.

“We no longer have to hunt down charts, and we can access patient information and place orders from anywhere in the hospital,” he said in an email. “Notes can also be written in a fraction of the time. Remote access now allows us to follow patient care even after we've left the hospital.”

But Chi, who was not involved with the new study, said EHRs lack the intuitiveness of most modern-day computer systems and come up short in other key ways.

“It is now much harder to navigate the chart, which has grown exponentially with information that is not always reliable and is usually redundant,” he said.

Software programs driving EHRs also are disorganized and force doctors to click multiple times to get where they need to go, Chi and Gardner said.

“If EHRs were more user-friendly and intuitive to use, physicians would likely be more accepting of incorporating new technology,” Chi said.

In the days before electronic health records, physicians were already spending a significant amount of time away from patients, making phone calls and billing, for example, Chi said. Nowadays, doctors may be more keenly aware of their time away from patients because it’s all spent sitting at a computer, he suggested.

Previous studies have shown that EHRs encroach on physicians’ opportunities to connect with patients, Gardner and her co-authors wrote.

Medical school training in how to use electronic records would help doctors adjust to them, Chi said. Few schools include such training, he said.

“Most of us, myself included, didn’t receive a lot of training in how to incorporate the computer in a patient-centered way,” Gardner said. “It’s a clunky and difficult system to use.”